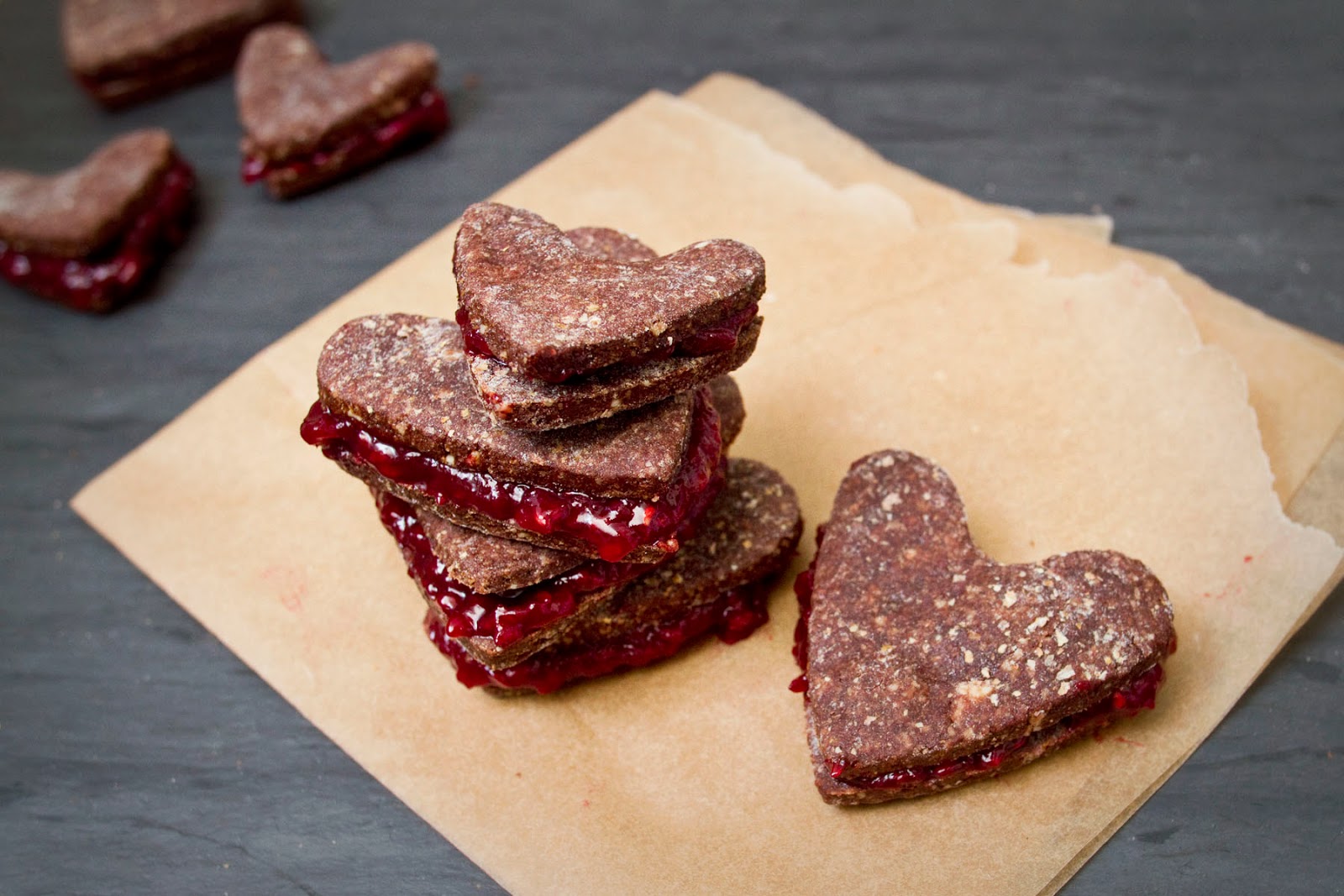 I like Valentines Day, which, which some websites could make you think isn't a super popular opinion in our day and age, but the truth is I like most holidays that involve some celebration. I like giving gifts, making people cards, and baking- which are three popular Valentines activities, so it works out well for me. 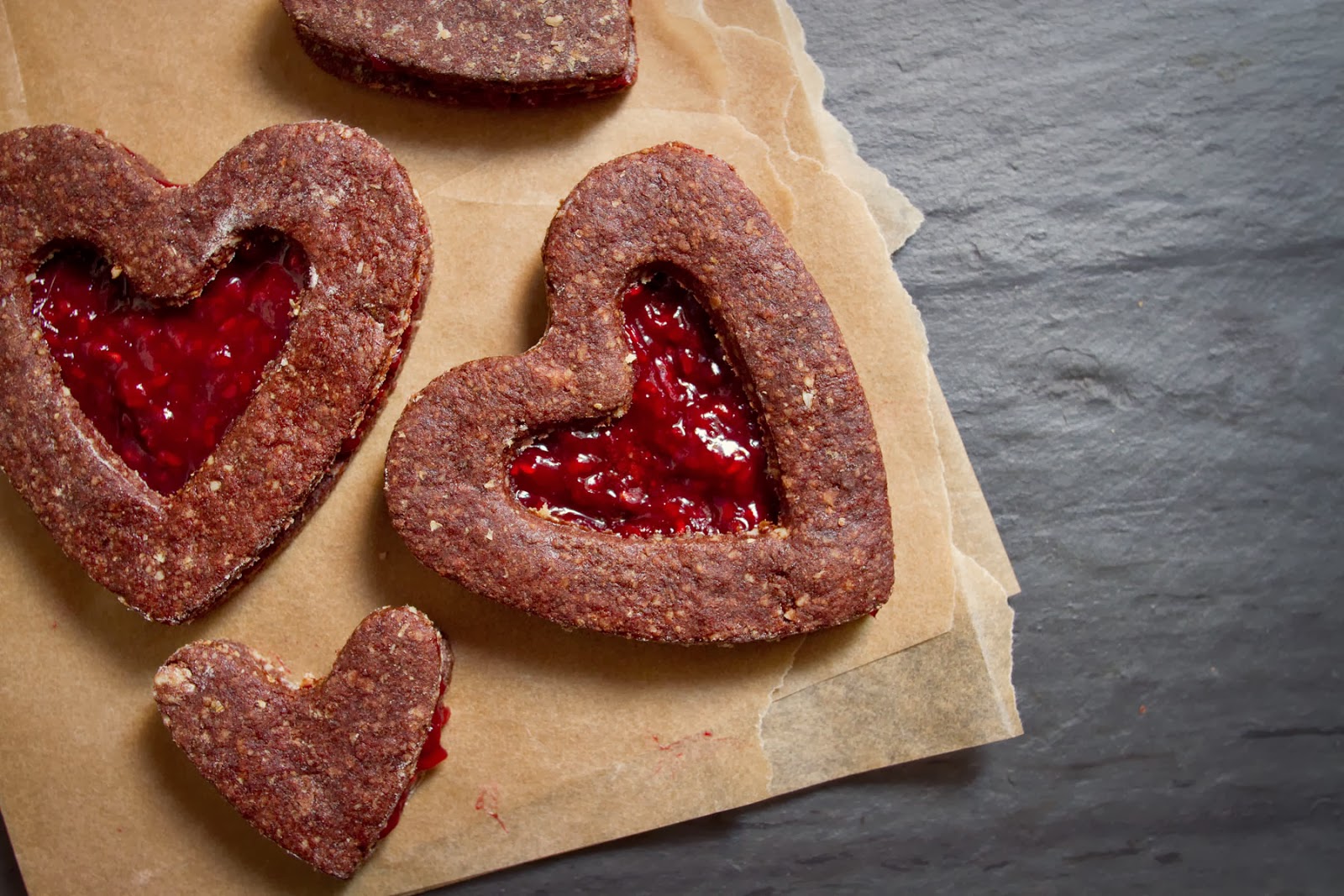 Even when single I enjoy Valentines Day because there are always loads of Gal-entines and Anti-Valentines parties to attend, and those usually call for baking too. Nothing soothes a lonely heart quite like dark chocolate. 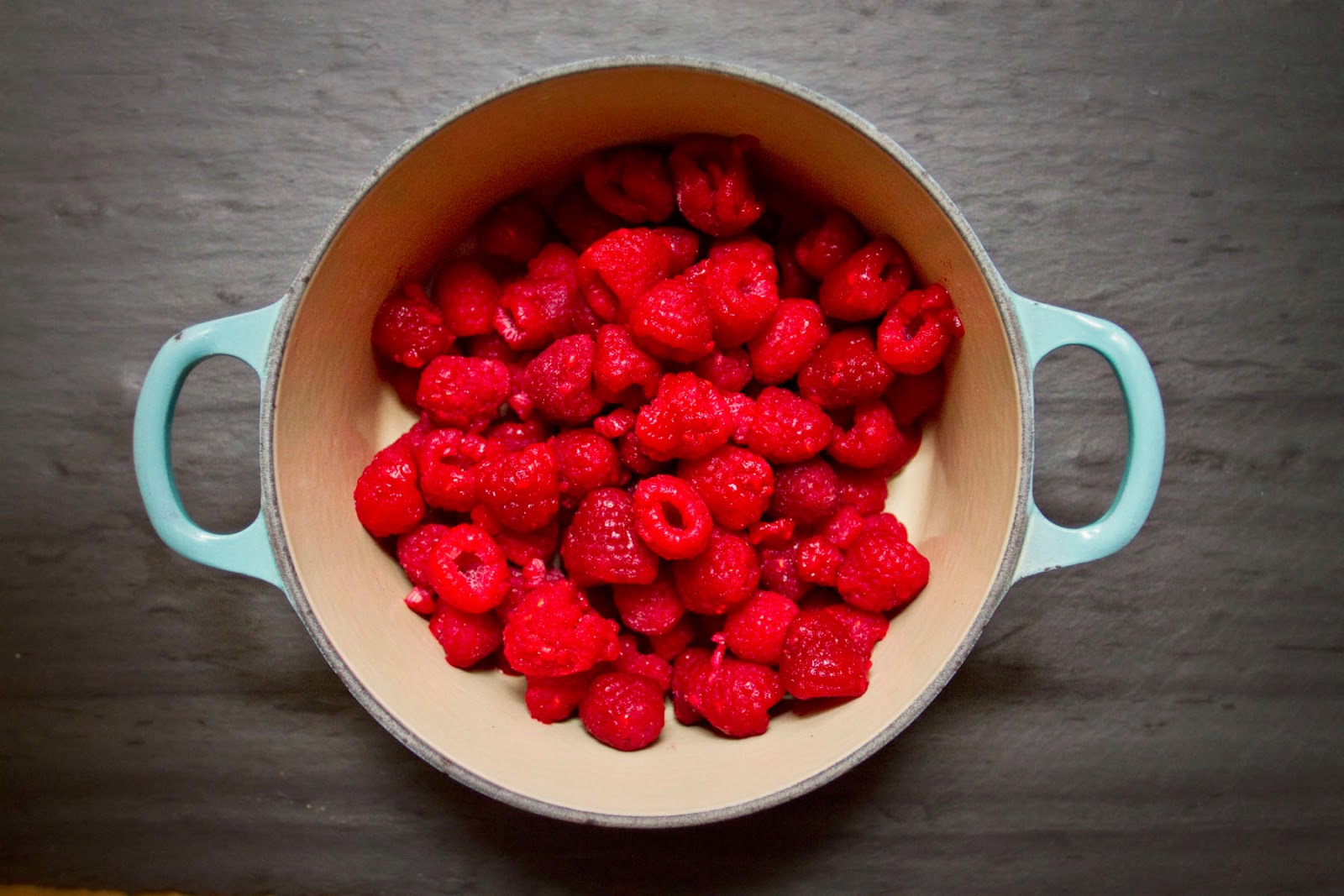 One Valentines day in college, when I was single, a good (male) friend came up to me and my best friend at a party, and told us, very sincerely and sweetly that he hoped we weren't sad we were single on Valentines day because we were fantastic, smart, funny, kind, beautiful ladies inside and out. It was sweet, but being sad hadn't occurred to me. I was at a party, wearing a sweet dress covered in hearts, drinking cheap strawberry champagne directly from the bottle. I had rhinestones glued to my face, hot pink tights on, and was feeling pretty festive.  It was a good Valentines Day. 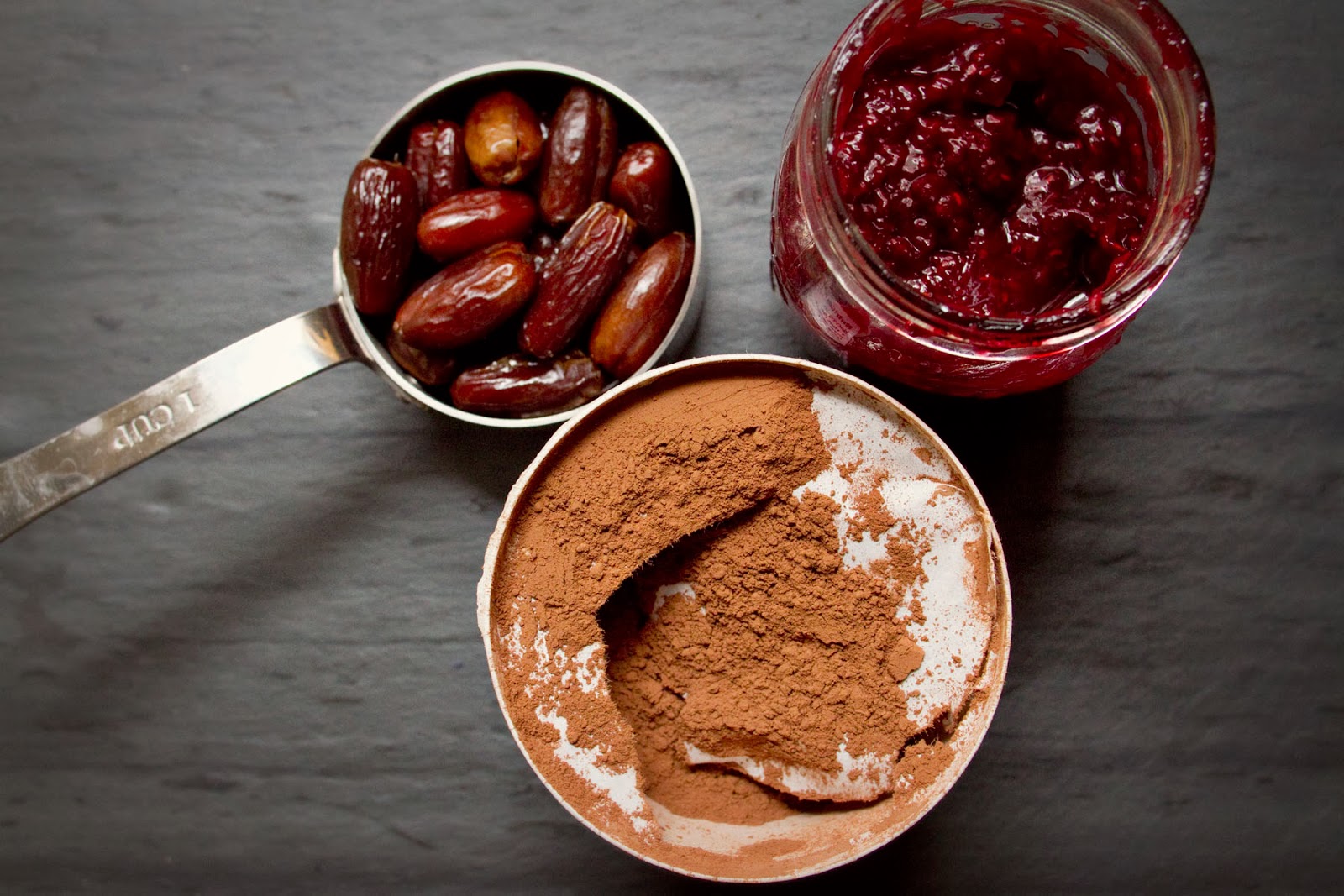 I wanted to make Valentines cookies for you, partly because cookies make fantastic Valentines, and partly because my mother gave me heart shaped cookie cutters for Christmas and I had been saving them for just this occasion. 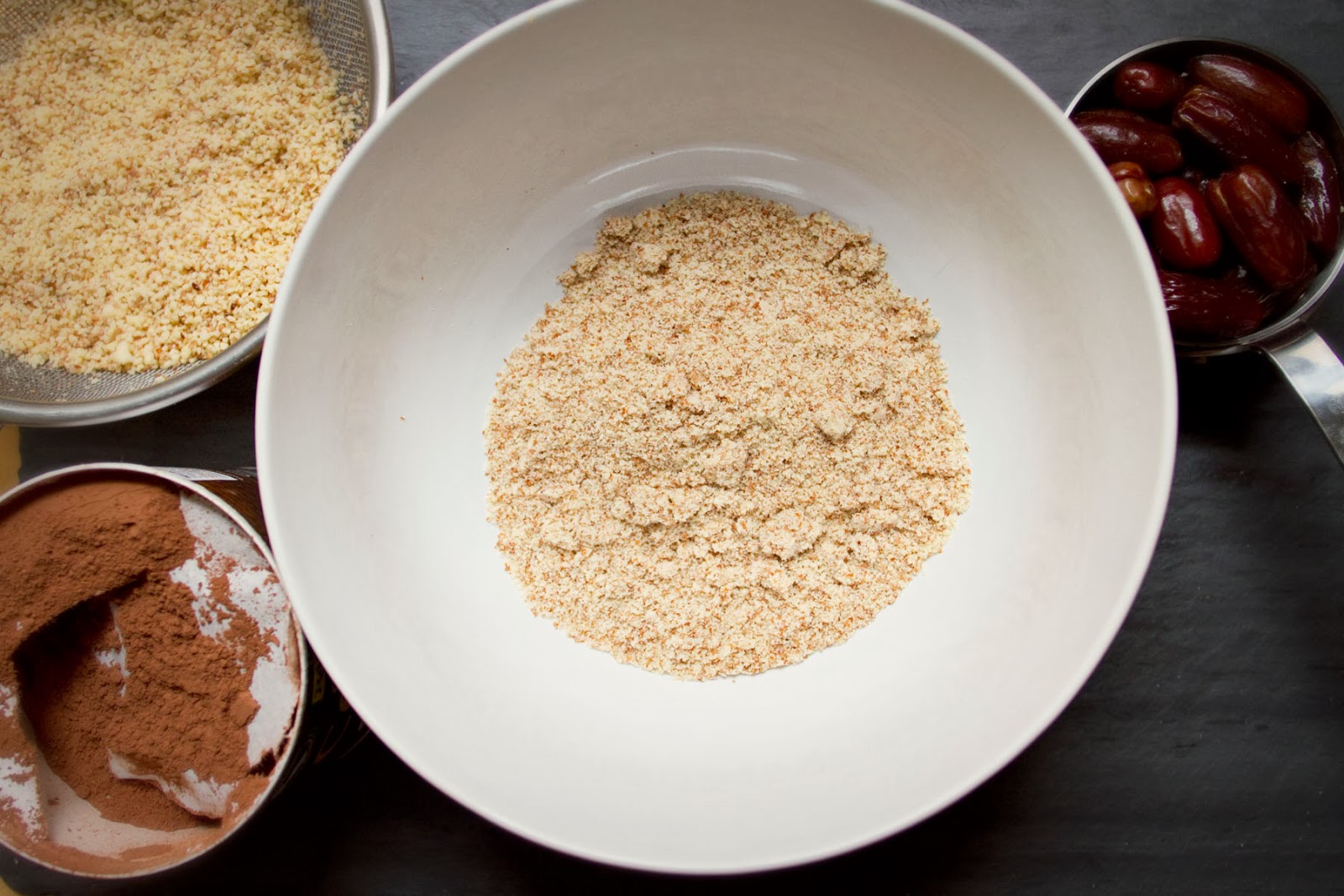 But of course, it's primarily S who gets to eat these cookies, so I decided to make a cookie version of my chocolate date cake, as we both really loved that cake. When I made the cake I used pretty roughly ground almonds in place of almond flour, but this time I decided to go all out and make a nice fine almond flour. 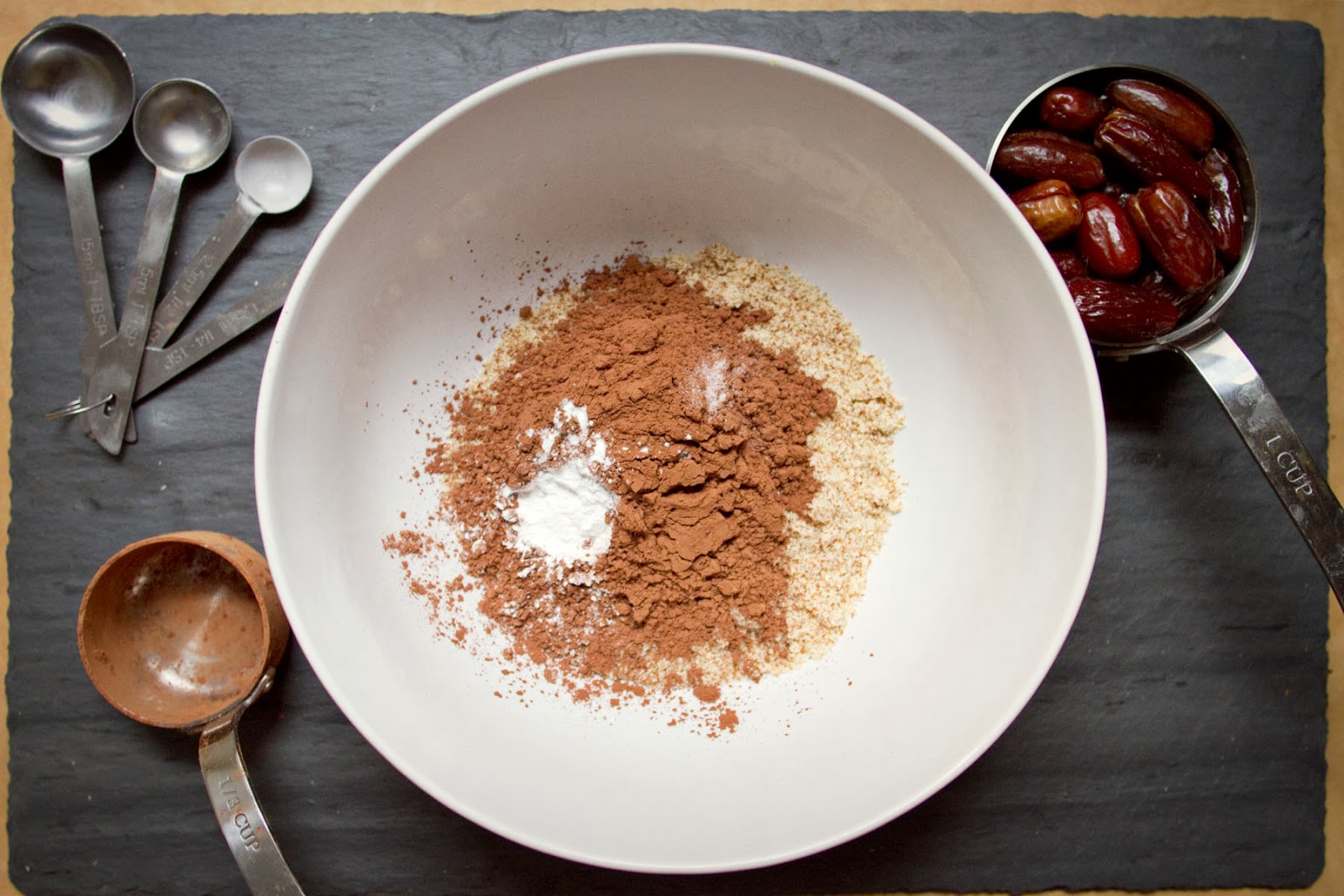 I love trying new things, learning by experiencing, especially in the kitchen. So I did some research on making almond flour, and then I ignored all the longer recipes requiring dehydrating or roasting the nuts, and instead I dumped the almonds in my food processor and pulsed it about a billion times, then sifted what remained and poof, silky smooth, soft, fine almond flour. Also, it was about 1/2 the price of buying it! 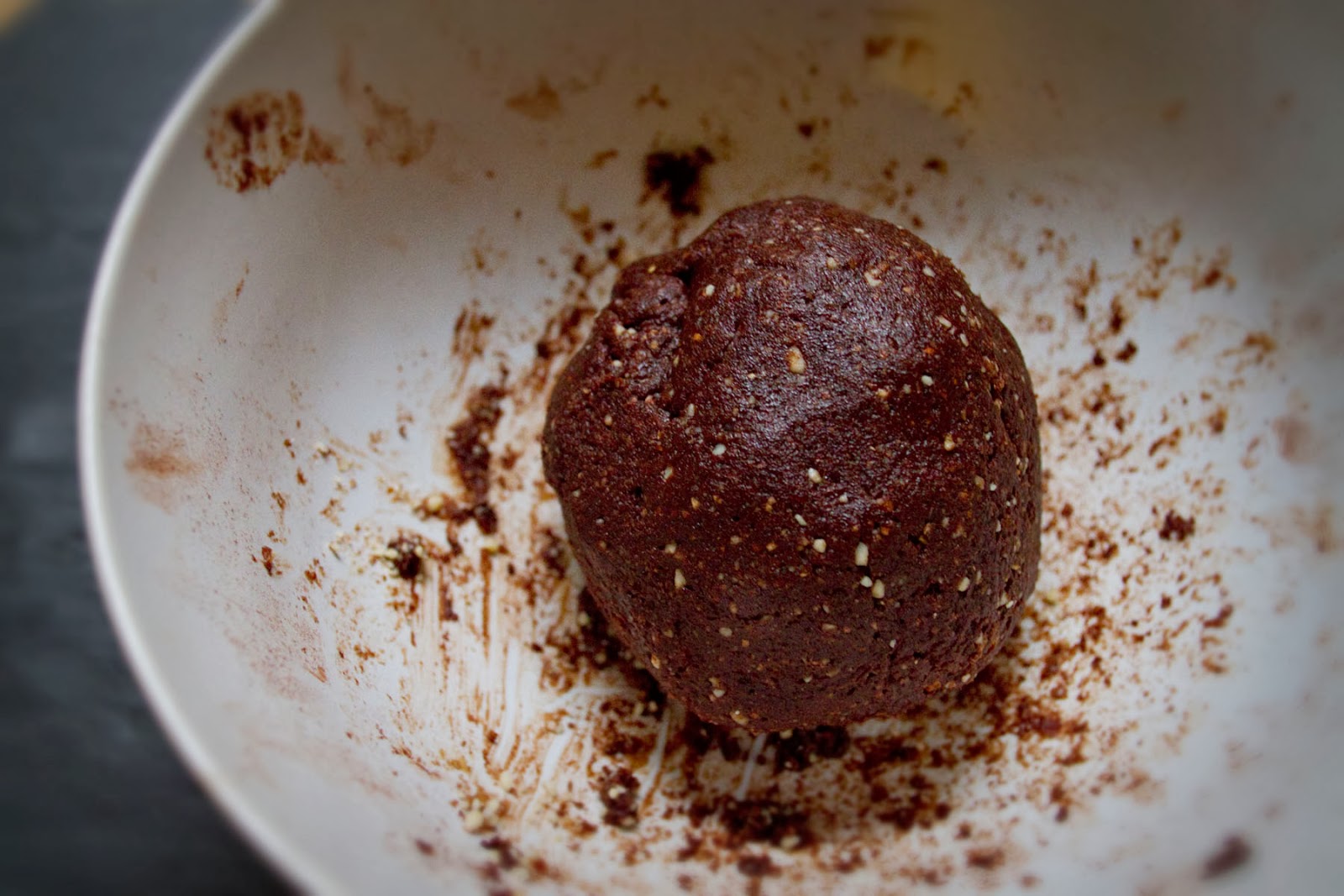 Maple sweetened jam was also a first for me. I went through a jam-making kick back in college, and made a lot of blueberry and blackberry jams in my Evergreen dorm kitchen, using foraged berries. My first foray into jam was local blueberries, but I was paranoid that I would under cook it, and consequently over cooked it by so much that when it cooled it was a solid block of jelly, thicker even than canned cranberry sauce. 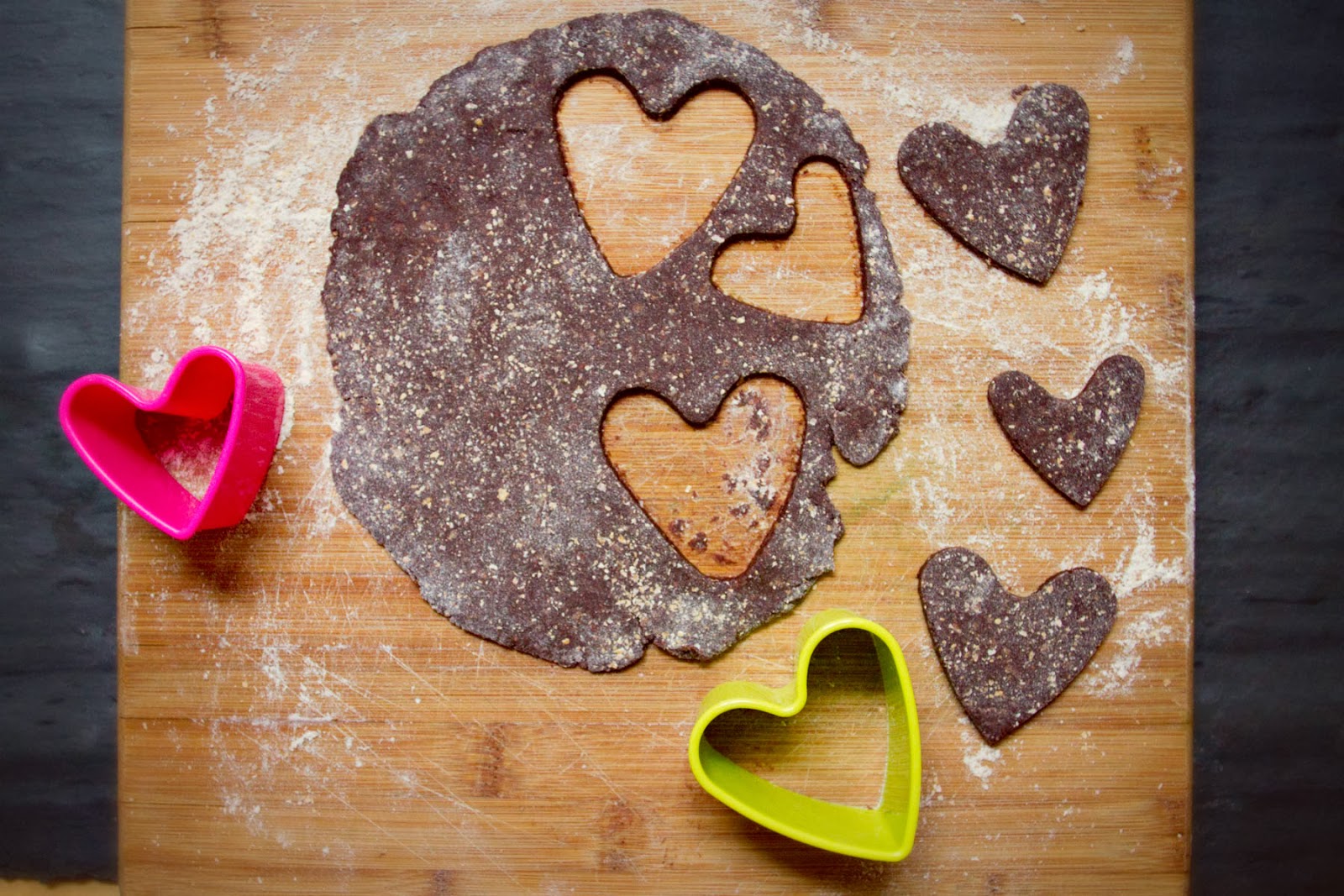 My ex dumped it out on our counter and it stood up like a jelly mold, wiggling defiantly, announcing my failure. He sliced a piece off, ate it, and declared it delicious.
"It's like a fruit roll up!" he announced.
I was so bummed after all that time cooking, I never over cooked another jar of jam again. So naturally, pectin free, old fashioned jam like this appealed to me. It's probably pretty hard to over cook this jam, but sweetening with a liquid like maple and omitting pectin does mean it takes a long time to cook down and thicken up. 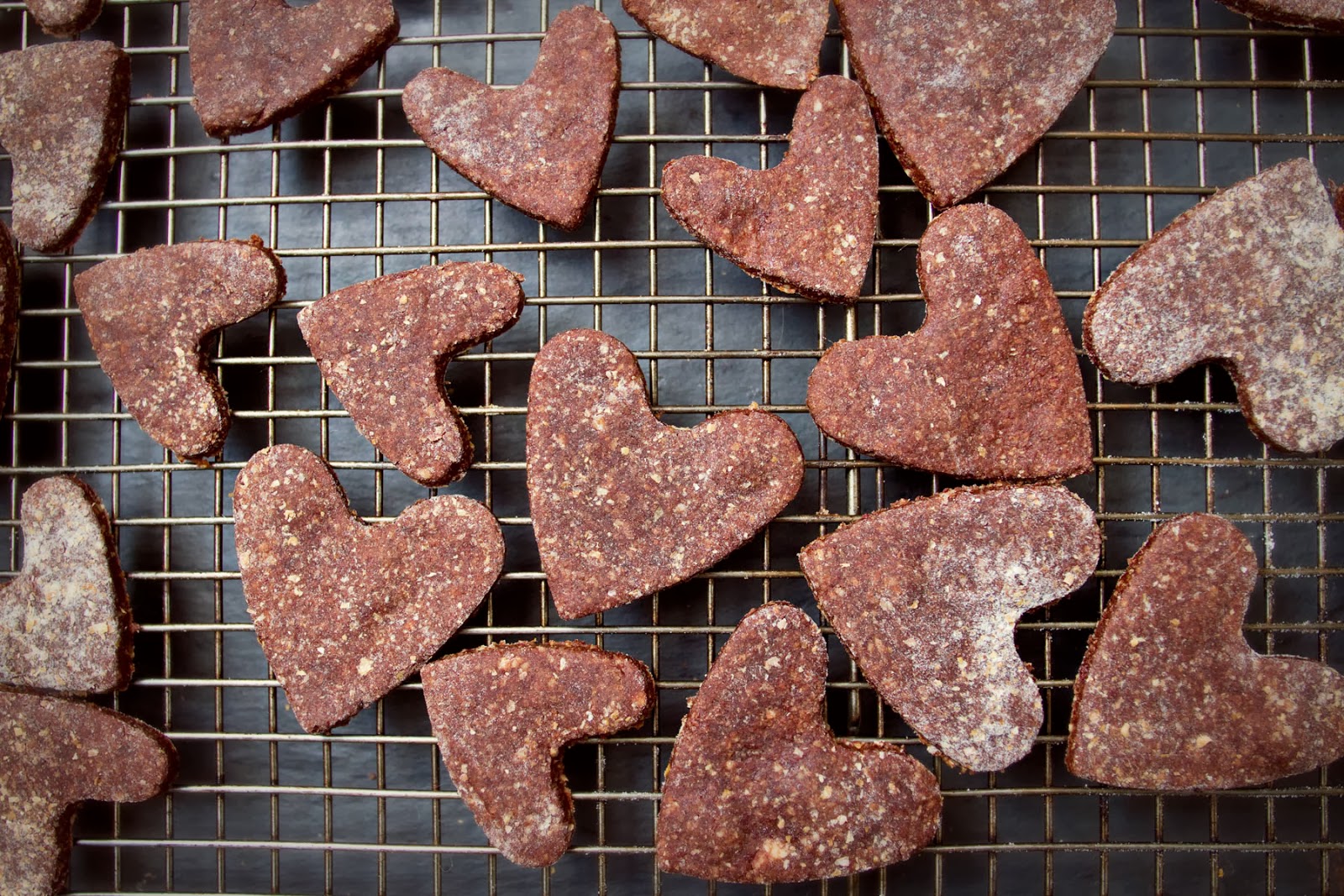 These cookies are gluten and sugar free, making them Paleo friendly, and they are optionally vegan. I've made them both ways, with milk and butter, or with coconut milk and coconut butter (which is the version photographed here), and I don't have much of a preference as they were both incredible. If I had to pick, I would probably choose the vegan ones because I love love love coconut, and the little bit of flavor it adds is delicious. But I wouldn't run out to buy coconut butter for that reason alone, you can totally use normal butter, or even almond butter instead. 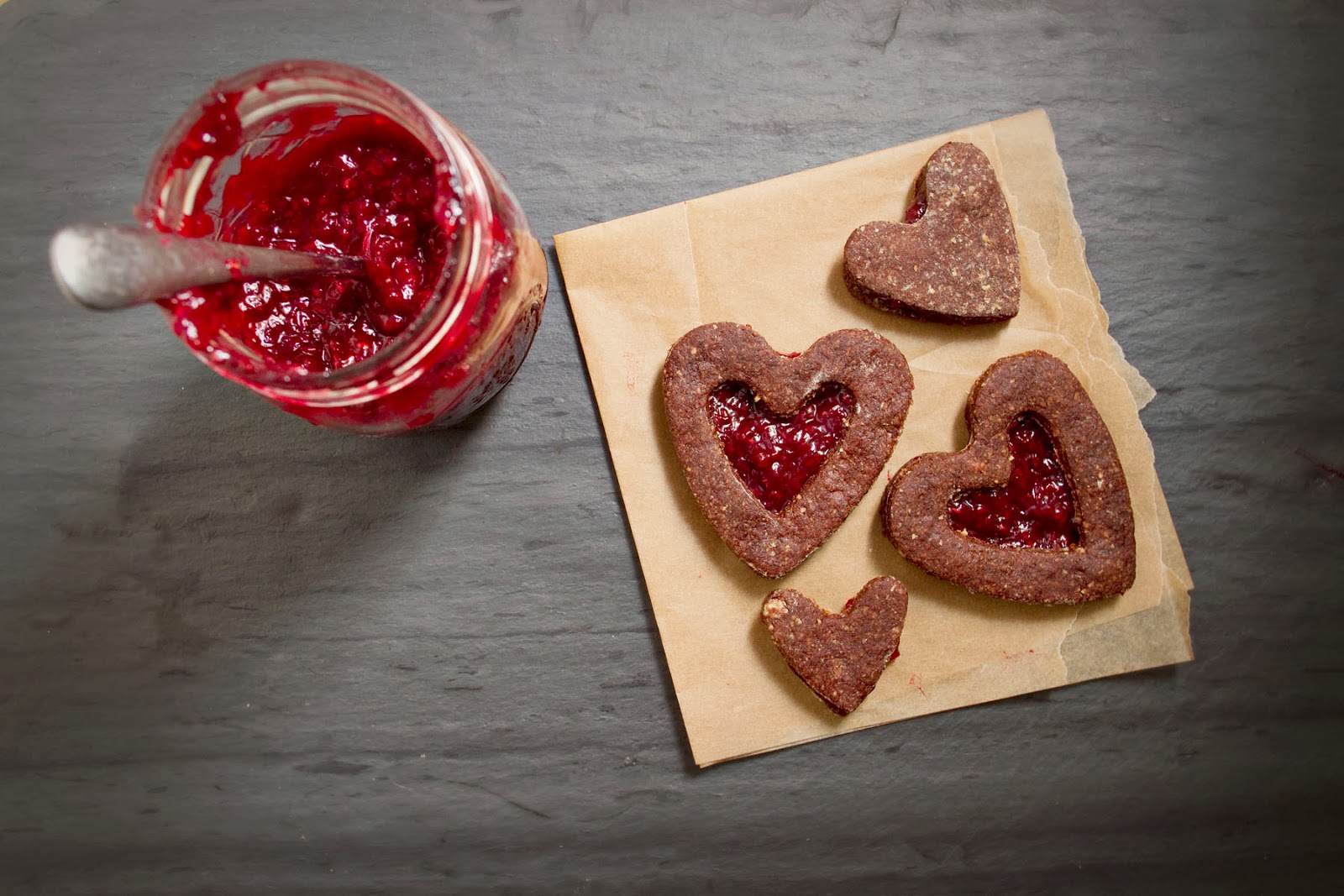 The cookie bit is an adaptation of this recipe, so they would also work with rice flour, if you don't have any almond flour on hand. You could probably even say these cookies are healthy. After all, there isn't even much coconut butter in them, they're almost entirely made of dates, almonds, and chocolate! They are definitely delectable though, rich and decadent, deeply chocolatey, with note of caramel from the dates, and sweet maple kissed berries in the filling. 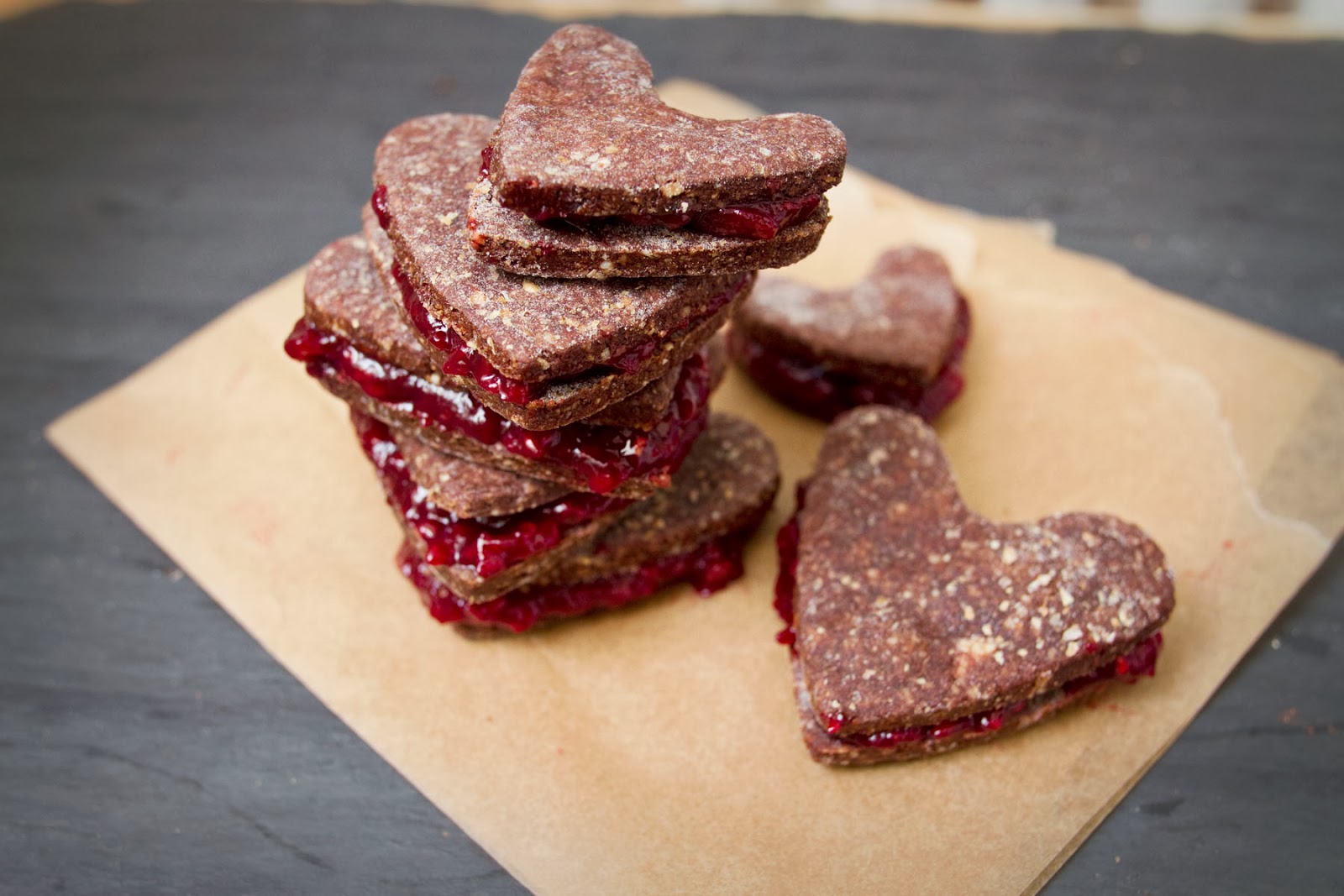 I made my jam filling a day ahead, but you could do it the day of. Feel free to replace this jam with any type you prefer, homemade or store bought, though other jams may not firm up as well in the cookie.
Place raspberries in a medium saucepan and crush them a bit with a fork or a wooden spoon. Turn heat to medium low. Stir often.

Once the raspberries have broken down to a liquid-y mush, let them cook down for 7-10 minutes, then add the maple syrup. Stir well. Continue to cook over medium low heat, stirring every few minutes, for 35-45 minutes, or until jam thickens. Since this jam is for filling cookies we want it a bit thicker then usual.

I took mine off heat when I could run a wood spoon through it and the jam took a second or two to fill in the trail the spoon left. It'll be noticeably thick, but remember it will thicken a bit more in the fridge. This being a pectin free jam though, it's pretty hard to make it too thick. Once thickened to your liking, add the lemon juice and stir well.
Let the jam cool a bit, then fill a jar and put it in a cool place. my recipe produced about 1 1/2 Cups of jam, and the cookies needed about 1 Cup.

Whisk together almond flour, salt, baking powder, and cocoa powder in a medium bowl. Set aside. Place dates in the bowl of a food processor, and add coconut butter, coconut milk, and vanilla- blend until a fairly smooth paste forms, 3-4 minutes.

Knead the dough a bit, and if it's too sticky add more almond flour, if it's too dry, add a bit more milk. Once you get a dough you can work with without it getting stuck all over your fingers, divide it into four equal balls and pop them in the fridge for about ten minutes.
Preheat oven to 300 degrees fahrenheit while dough chills.

Remove one dough ball from the fridge, and lightly dust your countertop with almond flour. Using hands (it'll stick to a roller, so use your hands), press dough out into a thin sheet, about 1/4 inch thick, taking care to turn it over and flour the surface often to prevent sticking. Using a cookie cutter, cut your desired shapes out of the dough and place on either a greased cookie sheet, or one covered in parchment paper. Continue with other dough balls. Cookies can be pretty close together on the cookie sheet, 1/3 inch apart should be fine. They won't puff or spread practically at all.

Bake 15 minutes. When they first come out of the oven they will seem soft, but they'll firm up a bit as they cool.

After cookies have cooled, spread half of them with jam and top with a second cookie. If allowed to sit at room temperature for an hour or two, the jam will firm up a bit, making them easy to travel with. You can go thick or thin with the jam, thick ones may leak a bit initially, but will be fine once the jam sets up a bit.

Place almonds in a food processor, for this recipe I used about 1/2 lb and had enough for the dough and dusting the counter top, pulse the mixer, letting it stop completely in between every pulse. Check on the mixture often to make sure it's not getting too oily- if it gets oily you're running the processor to long, do shorter pulses.
Once some of the mixture begins to resemble flour, sift the nuts through a fine mesh strainer and collect the flour in a bowl below. Return big nut pieces to the processor and continue pulsing. Sift the flour out with the strainer every few minutes until you have enough.
At the end of my process I had about 1 1/2 Cups of flour and 1/3 Cup chopped almonds bits that had gotten too oily to continue processing- I mixed some of these in with my dough for crunchiness. 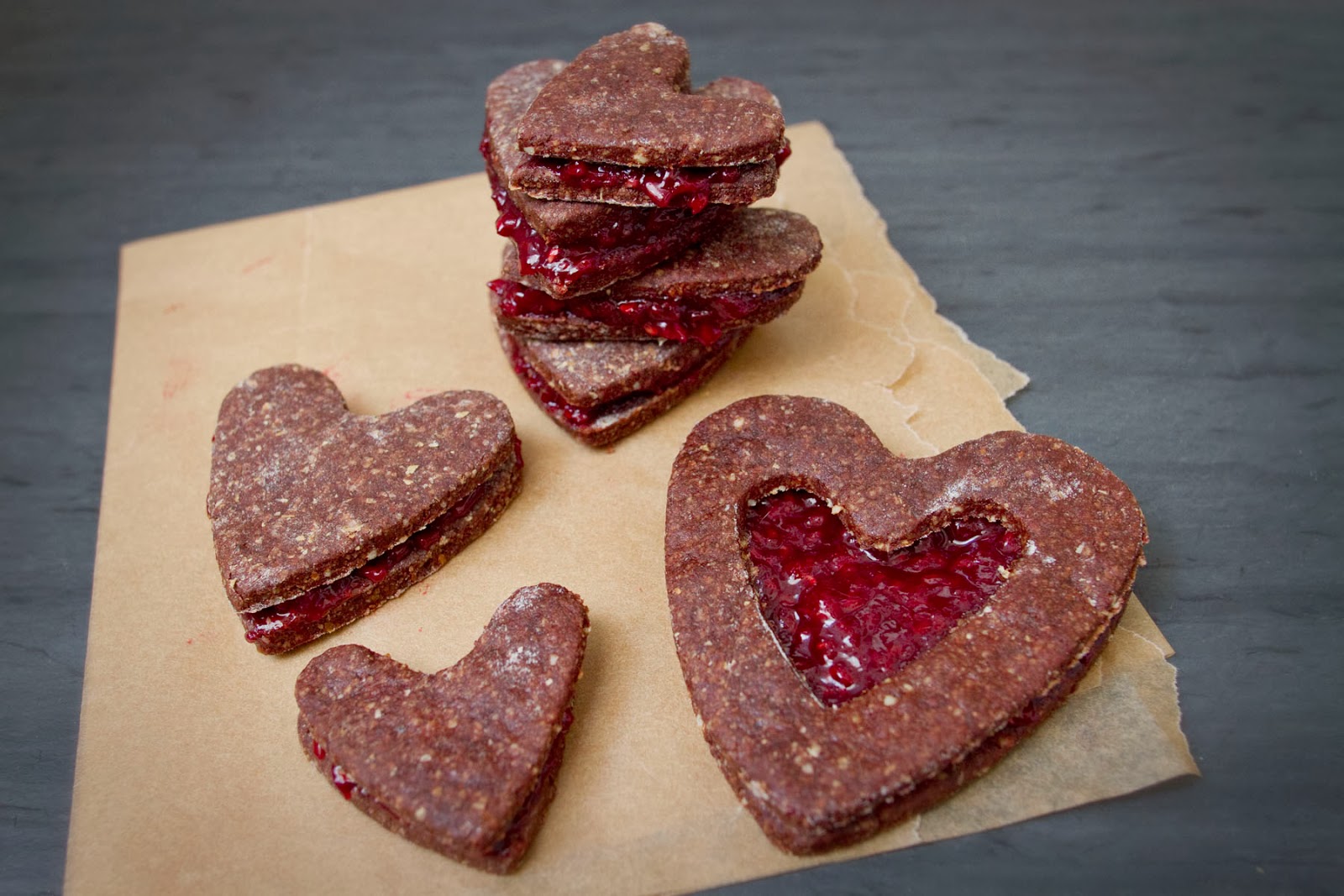 Posted by Little Market Kitchen at 7:00 AM