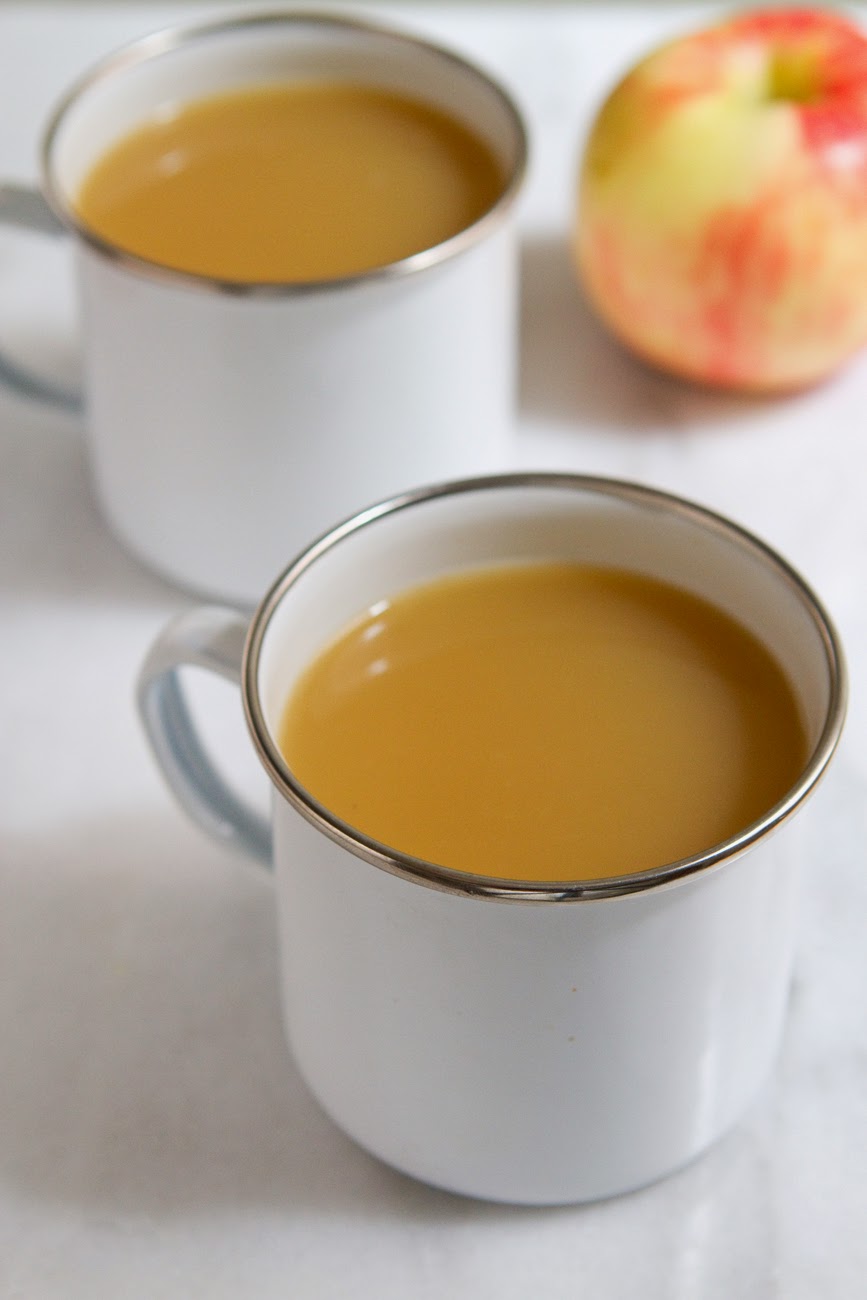 Hot mulled cider is one of my favorite seasonal treats this time of year. After a cold, dark, blustery, frequently rainy walk home from work, a mug of steamy spiced cider is like a panacea for the soul. 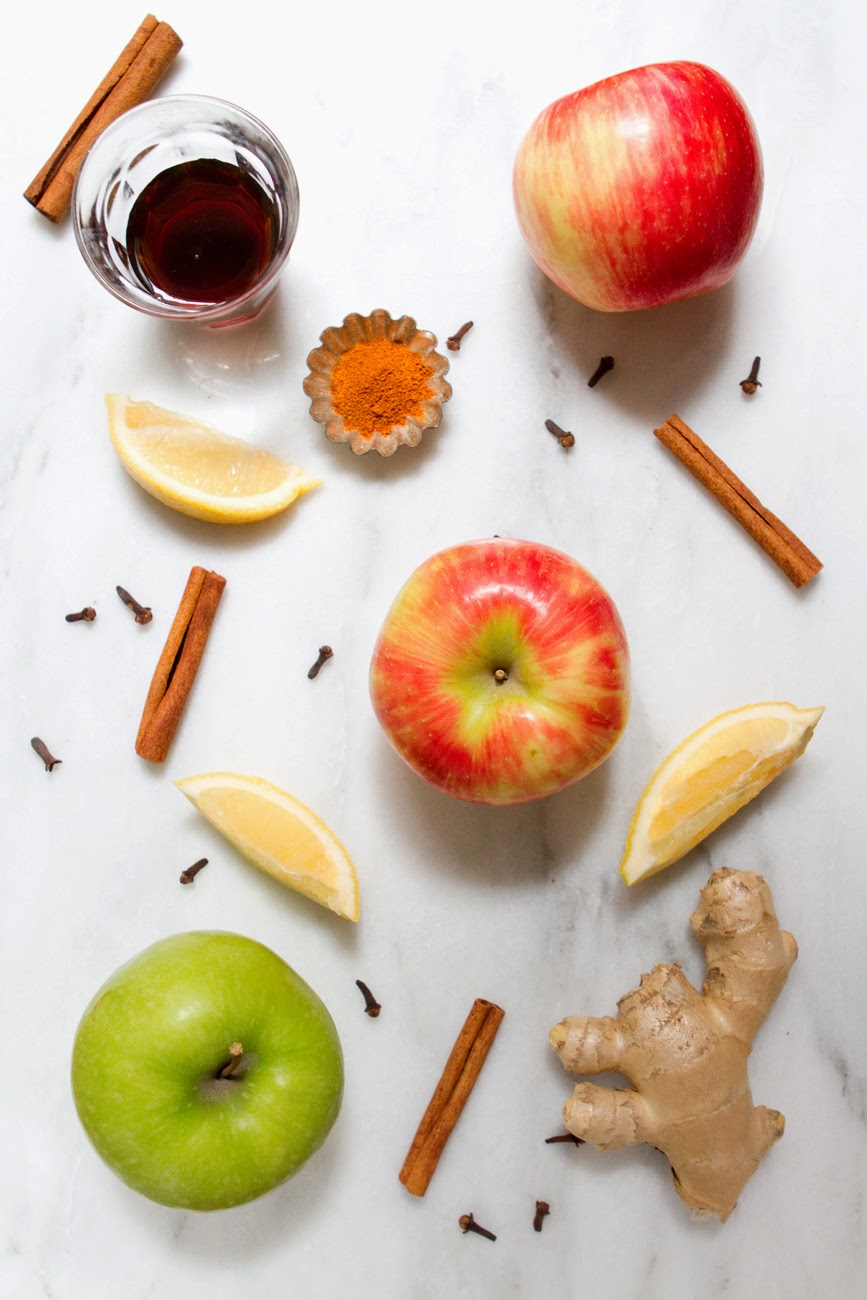 One of my favorite ciders comes from a juice shop in the East Village called Liquiteria. The Killer XX is a potent, spicy blend of juiced green apples, tart lemon juice, sharp spicy ginger, and a sinus clearing dash of cayenne powder. 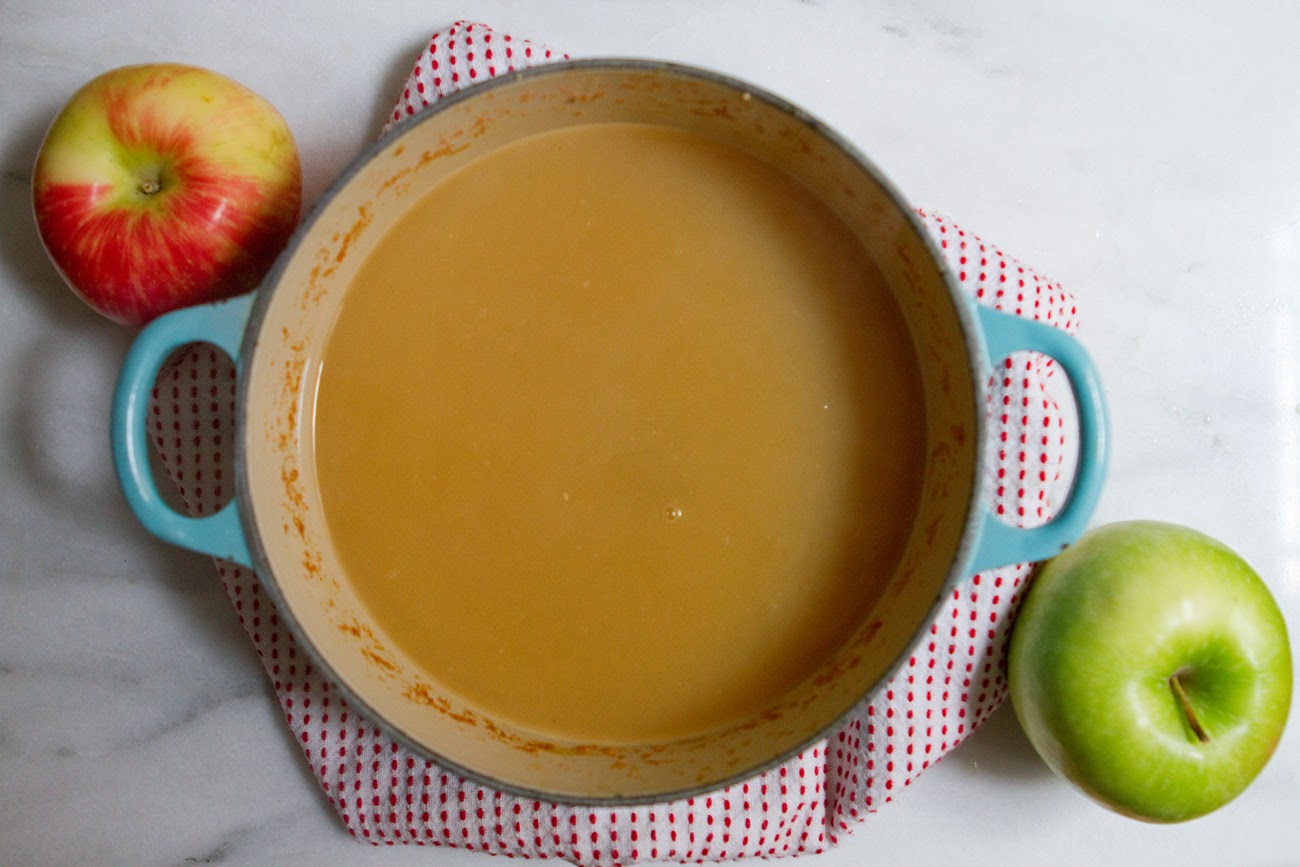 I like to grab a big Killer XX enroute to work on cold days and drink it as I walk my last few blocks. It helps me forget about the cold, fine, almost icy rainy that frequently falls with abundance from the sky in New York this time of year. So I decided I would make a homemade version to share with you, but I couldn't resist adding some cinnamon and cloves to give it a hint of a classic mulled cider flavor. 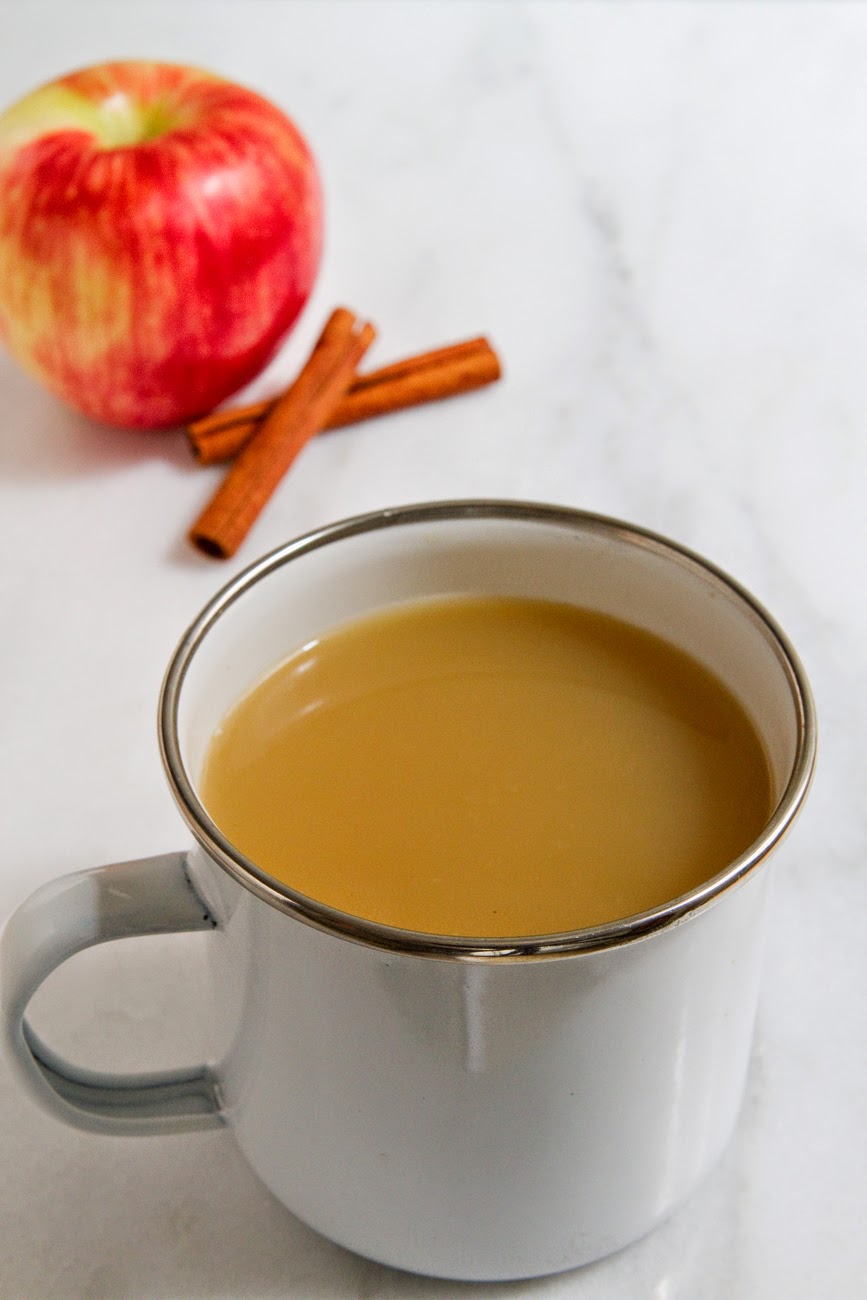 I cooked up this batch one gray morning last week after going for a particularly chilly run, and all those warming spices were so, so lovely after huffing and puffing my way along the East River. I've only recently started running, and am not yet accustomed to the feeling of being both hot (because of the running), and cold (because it's about 38 degrees and the breeze off the river is cold) at the same time. I may or may not have warmed my fingers over this pot of cider while heating it up. 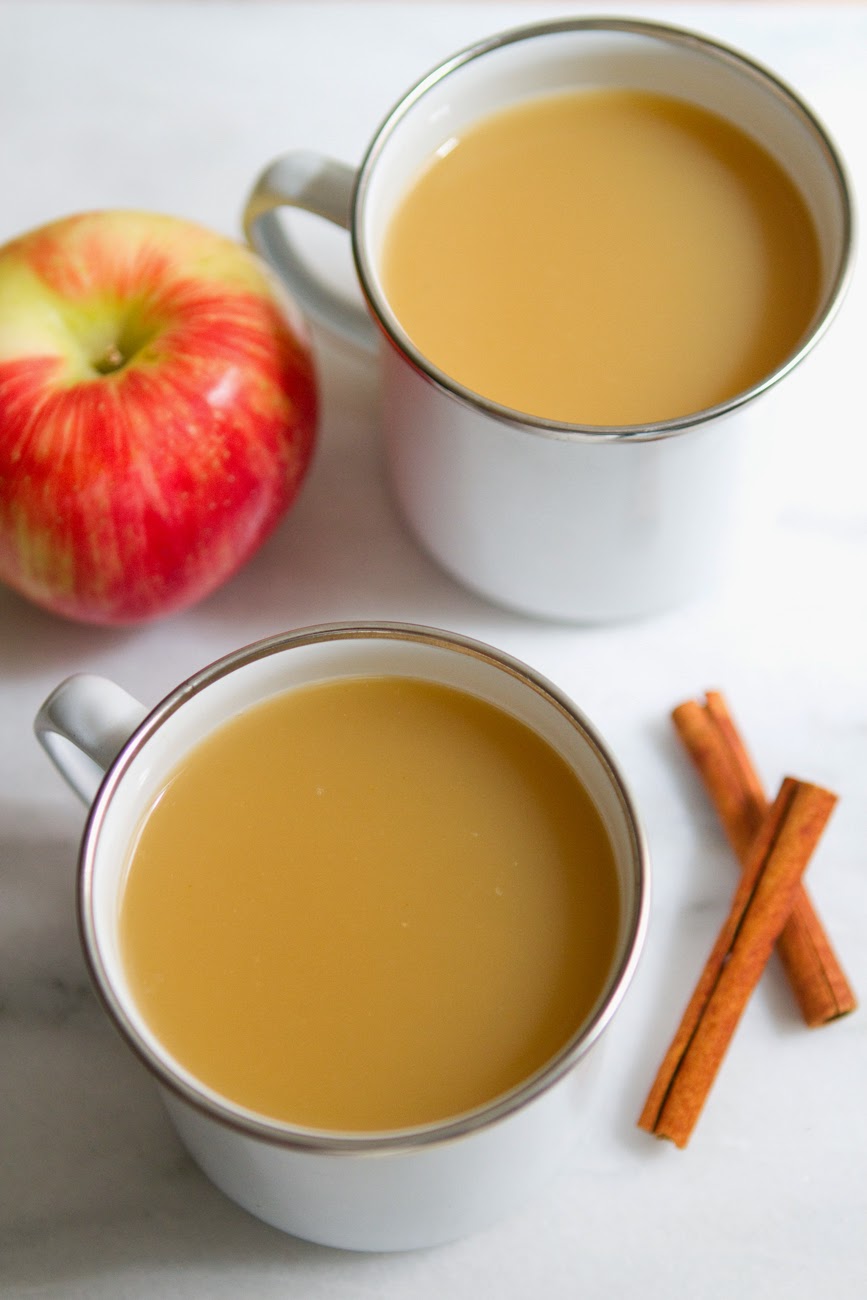 My mother was in town for Thanksgiving, so she, S and I sipped mugs of this cider while deciding where to go that day. While my mother was in town we tried to think of museums and monuments we'd not taken her to before, and consequently we went on a bit of a whirlwind tour of the city, I'm pretty sure in the last week I've been to more museums than I had in the year before. We even went to the Transit Museum! 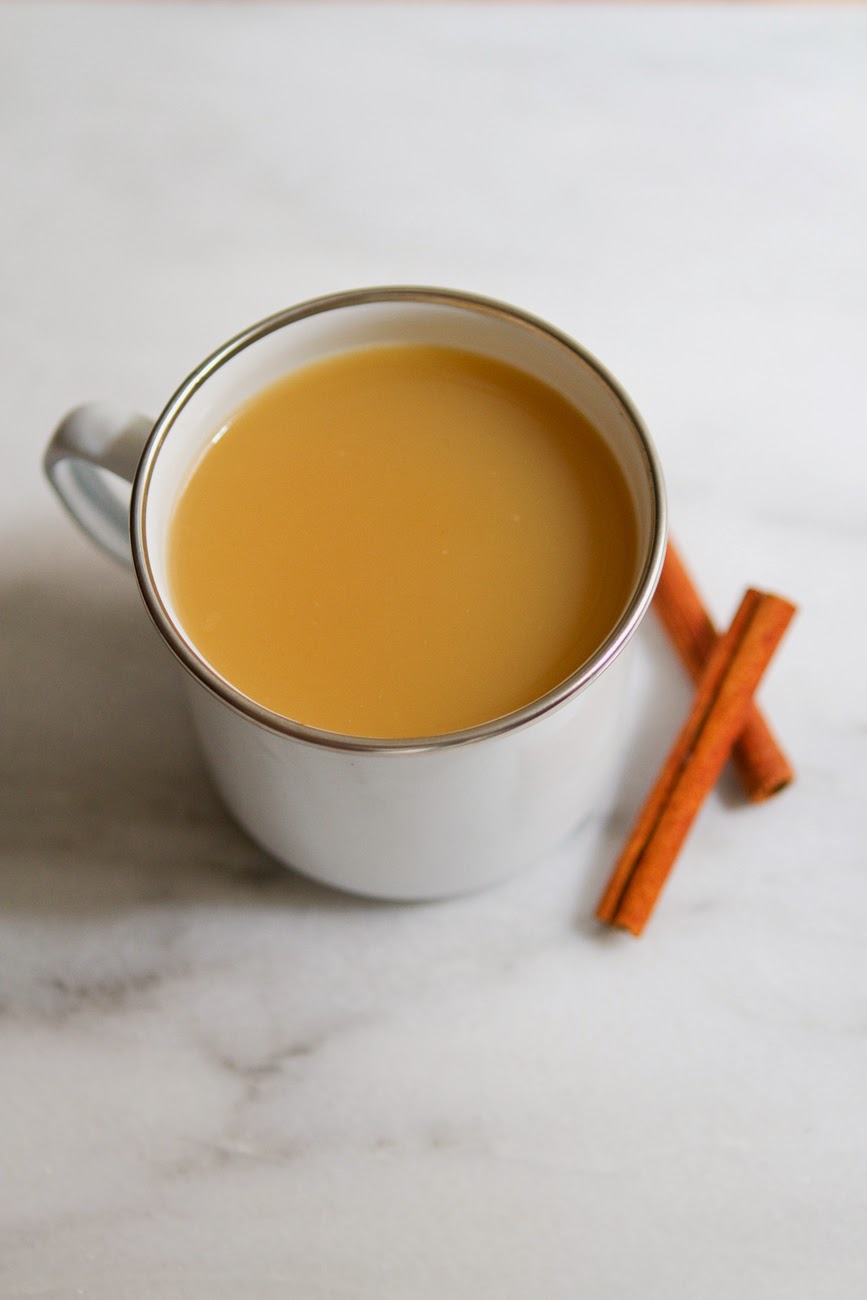 I used a blend of juiced apples and store bought apple cider (I used Red Jacket), but you could use entirely store bought cider, or all juiced apples (I approximate about 7-8 apples), or even apple juice, it's a pretty flexible recipe. 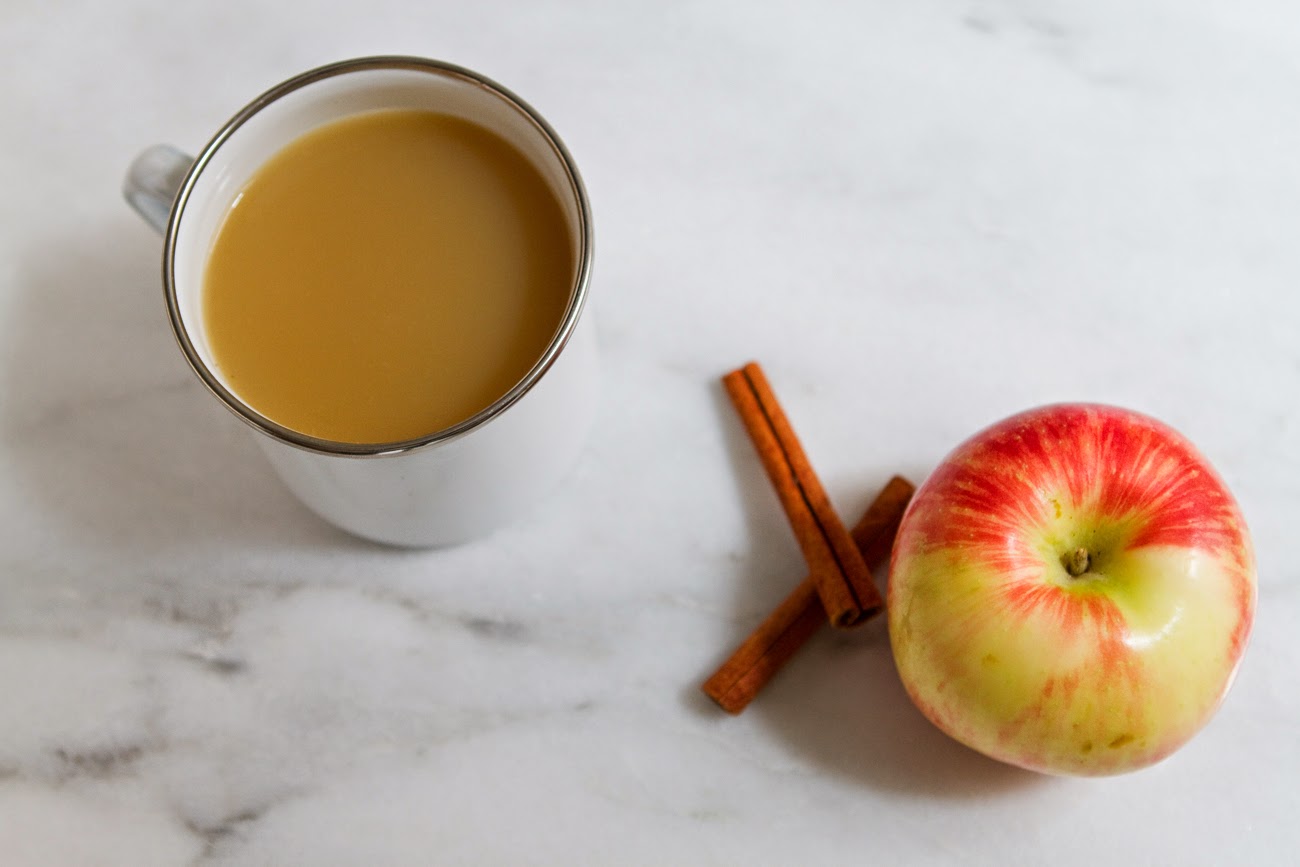 This would be an absolutely lovely cider to sip beside a crackling fire, perhaps after ice skating on a frozen lake, or sledding through fresh fallen snow. Or it would be delightful at a festive holiday party (you could even spike it with a bit of whiskey!). Additionally, it is fantastic served up in a basic mug while you binge-watch Netflix on a cold December evening. 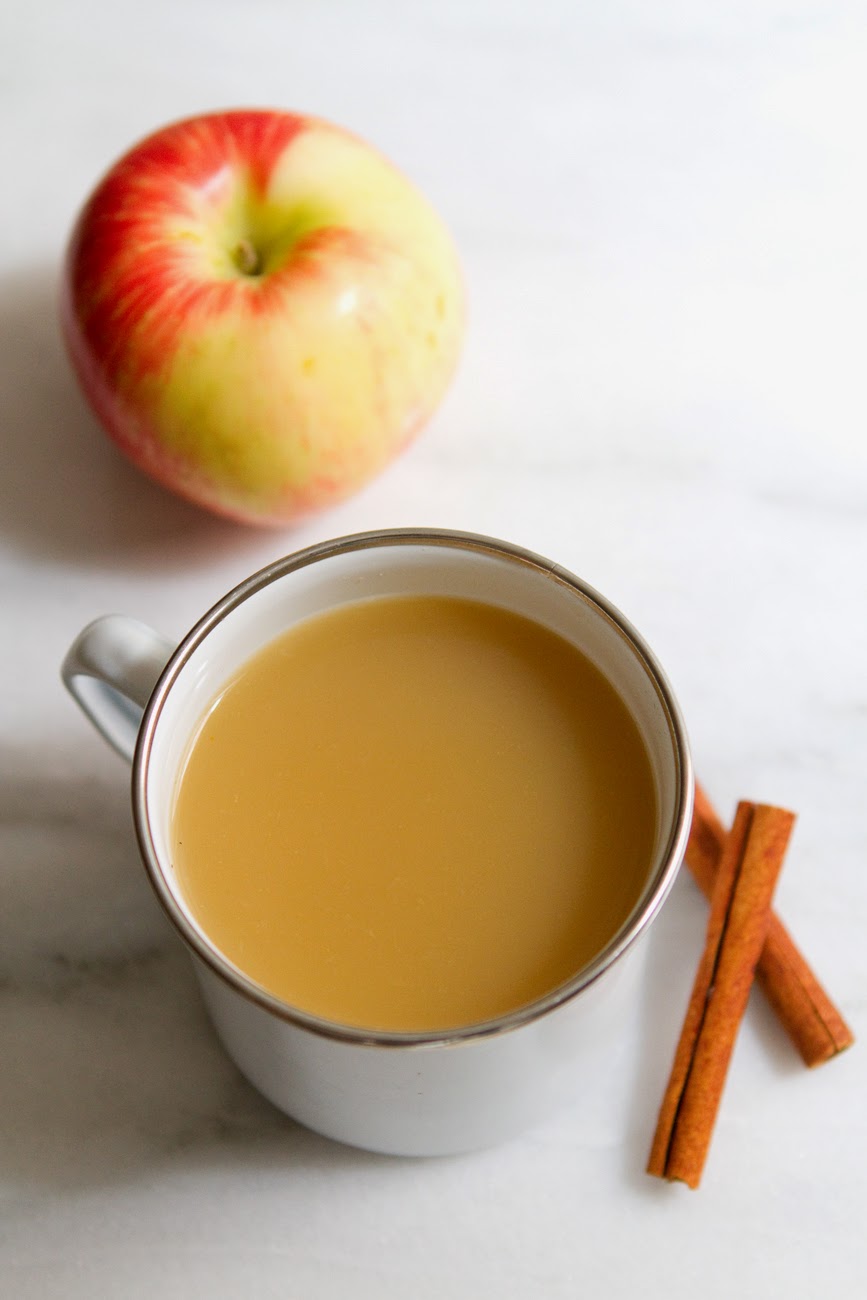 In a medium saucepan, pour the apple cider. Juice the lemons and add the juice to the saucepan. Stir in the maple syrup. Thinly slice the ginger and add to the pot, along with the cinnamon sticks, cloves,  and cayenne pepper.

Cook over low heat until simmering. Allow to simmer 10-15 minutes. Remove from heat, strain out the spices, and serve hot. Enjoy! 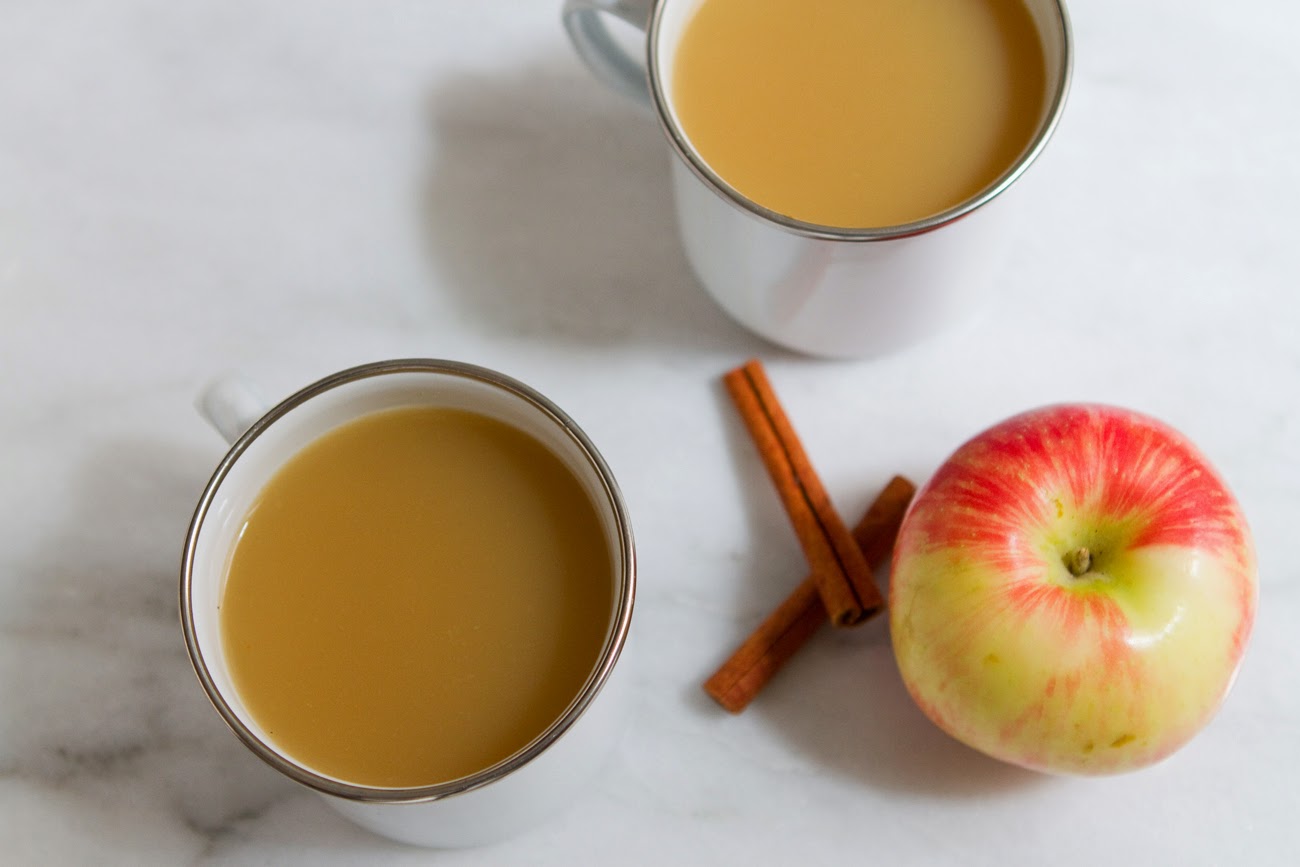 Posted by Little Market Kitchen at 8:18 AM