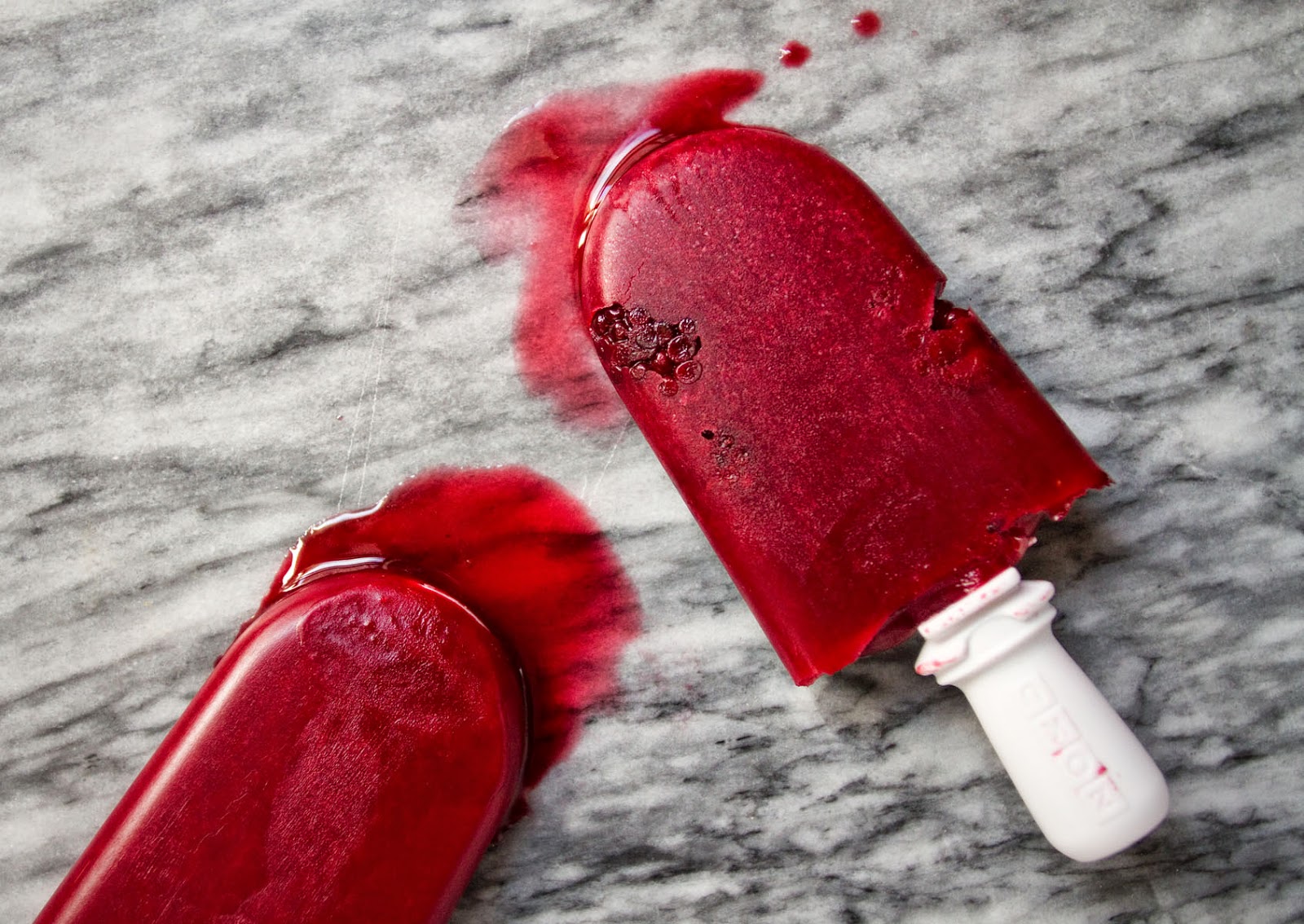 These pops were one of those dishes I sort of stumbled into, or perhaps I should say one of those dishes I got pulled into by the current of cooking and life. I live in Manhattan, where many of the grocery stores are stuffed absolutely to the brim with convenience foods- prepared refrigerated meals, frozen meals, take out sushi, a dosa bar, a salad bar, a soup bar- these are all things my local Whole Foods has. 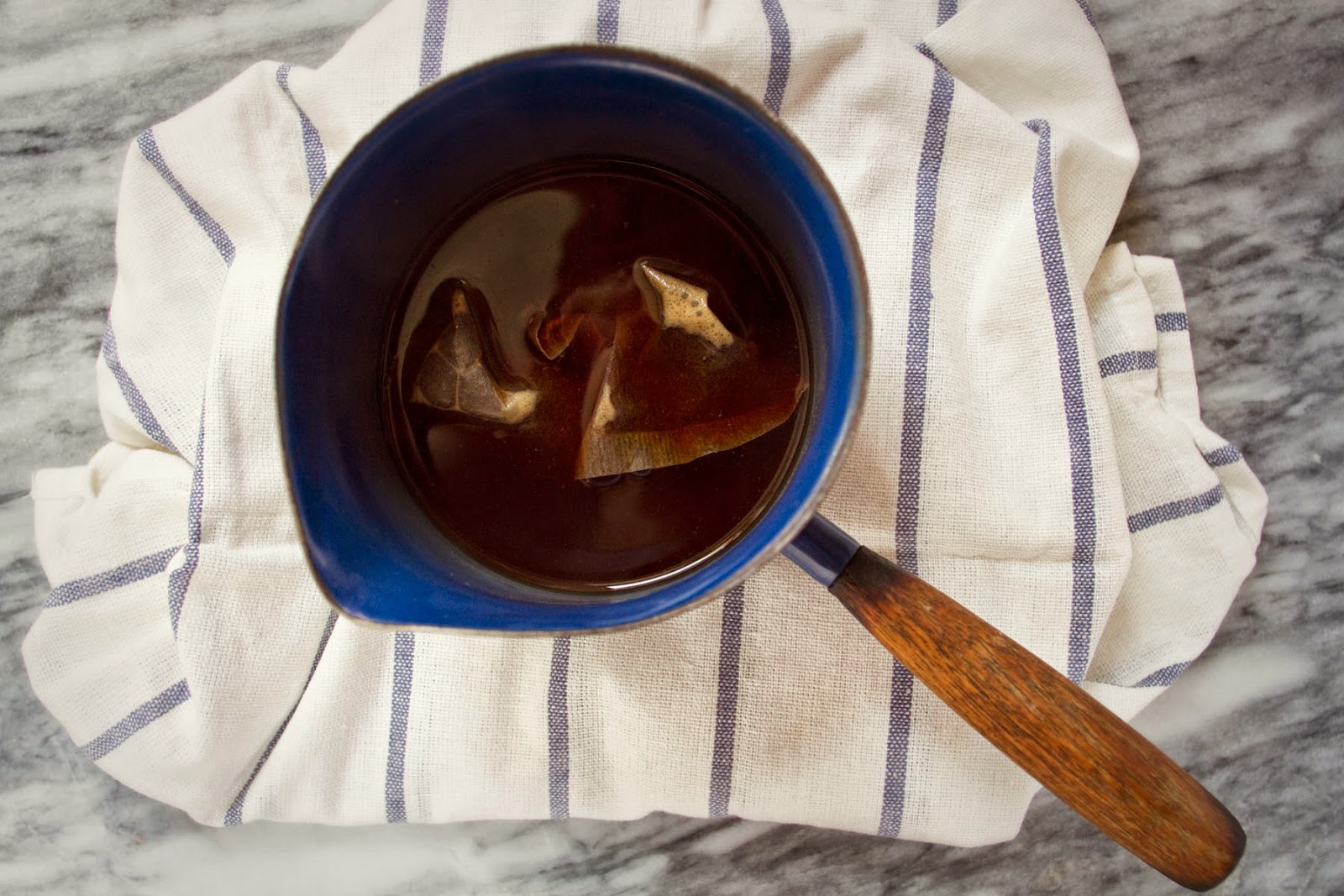 But when it comes to fresh produce, your average Manhattan grocery store tends to slack a bit on the selection. Even Whole Foods, considered the pinnacle of New York grocery store options, second only to Fairway, tends to have an iffy selection. If you want very popular produce like apples, or strawberries, or green beans they'll have that. And certainly all of their produce is lovely and ripe, but I once went to two Whole Foods, and then to another grocery store in search of cauliflower, only to be forced to give up on my plans for roasted cauliflower because it was no where to be found. 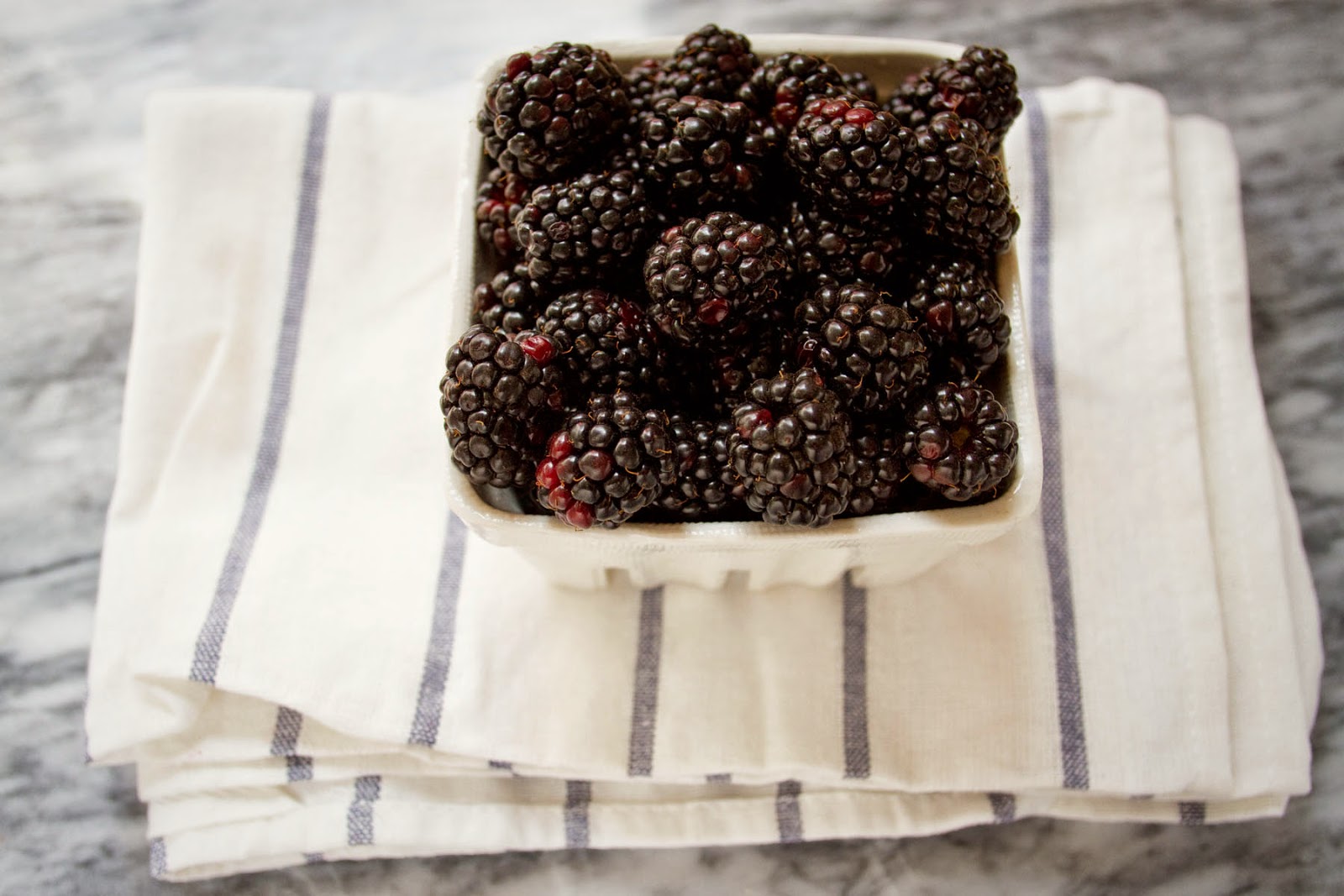 Last weekend I wanted to make popsicles. It was finally warm and sunny, and popsicles felt like the right way to ring in Spring. S suggested pomegranate-lime popsicles with pomegranate arils in them, and I thought with a bit of coconut milk that sounded like a fantastic plan. 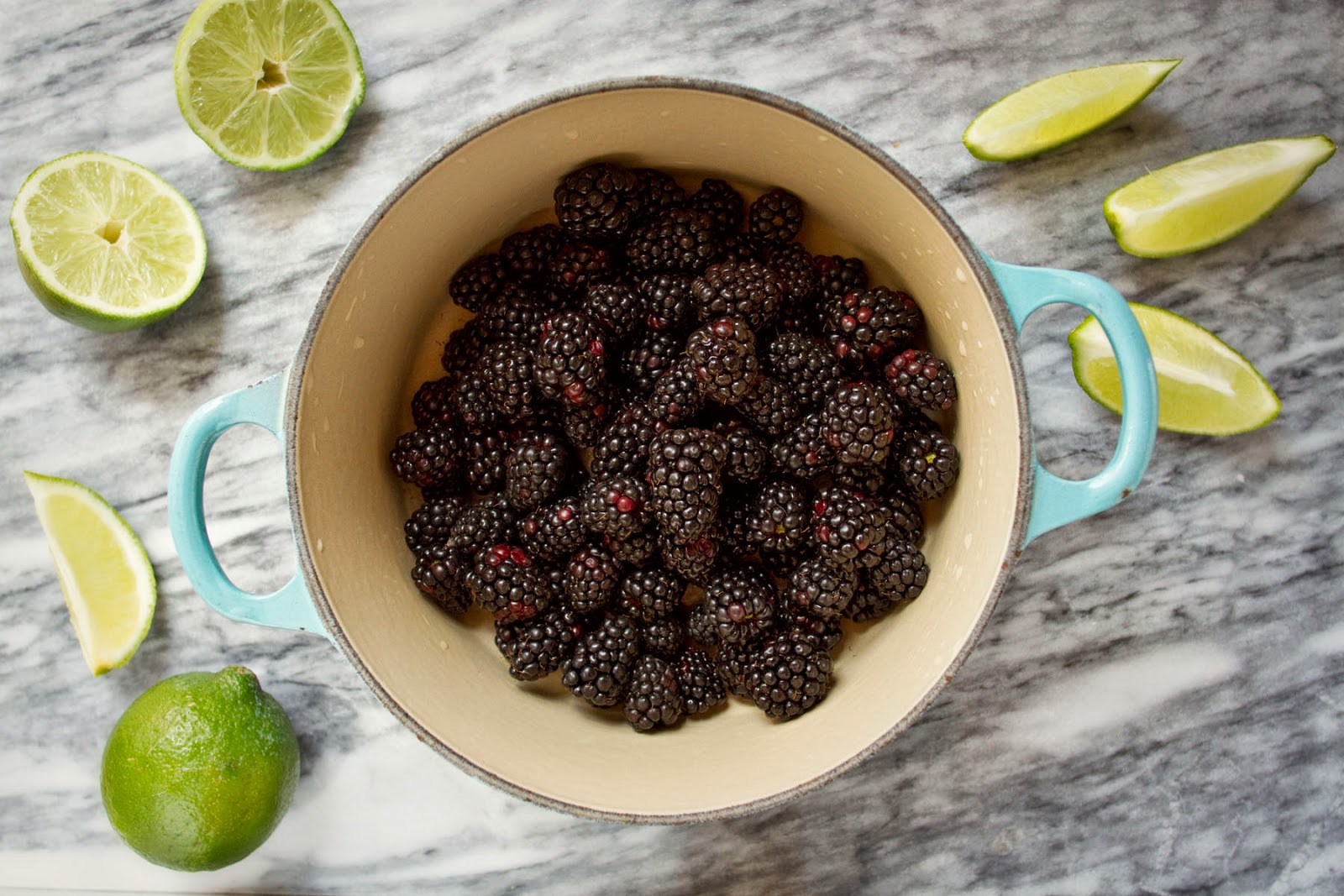 But finding a pomegranate proved impossible. I went to two smaller, local grocery stores only to find there were no pomegranates. So I stepped up my game and went to Whole Foods after brunch on Saturday, where after searching the produce section, I gave up an asked one of the stockers. 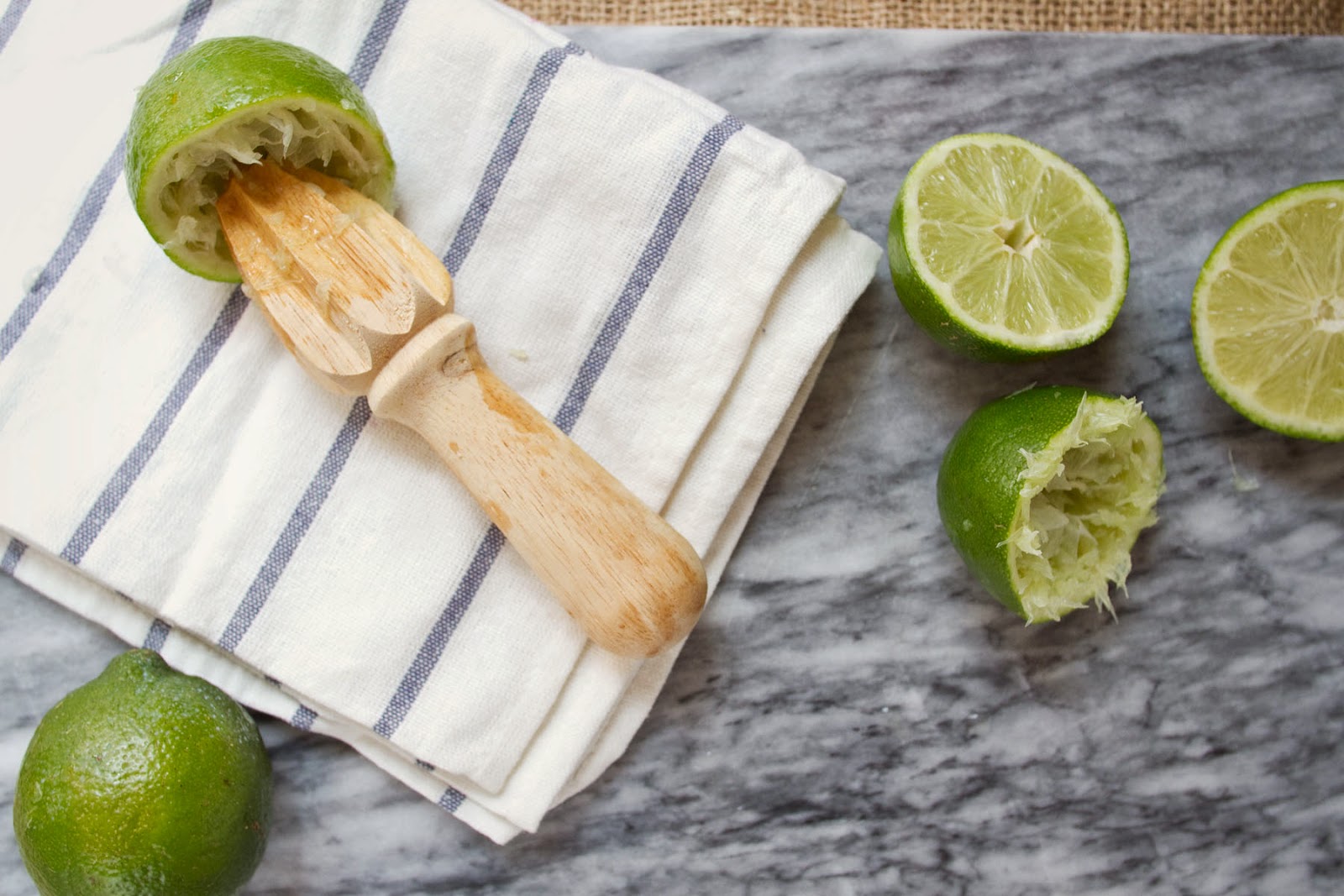 He walked me over to the refrigerated section of produce, where they keep all the really expensive pre-cut produce, like the 7 dollar pints of pineapple whose price tags gave me major sticker-shock in college when my roommate would buy them, and he showed me a 1/2 pint container of pomegranate arils, all neatly removed from the pomegranate and packaged up. They were 9 dollars. 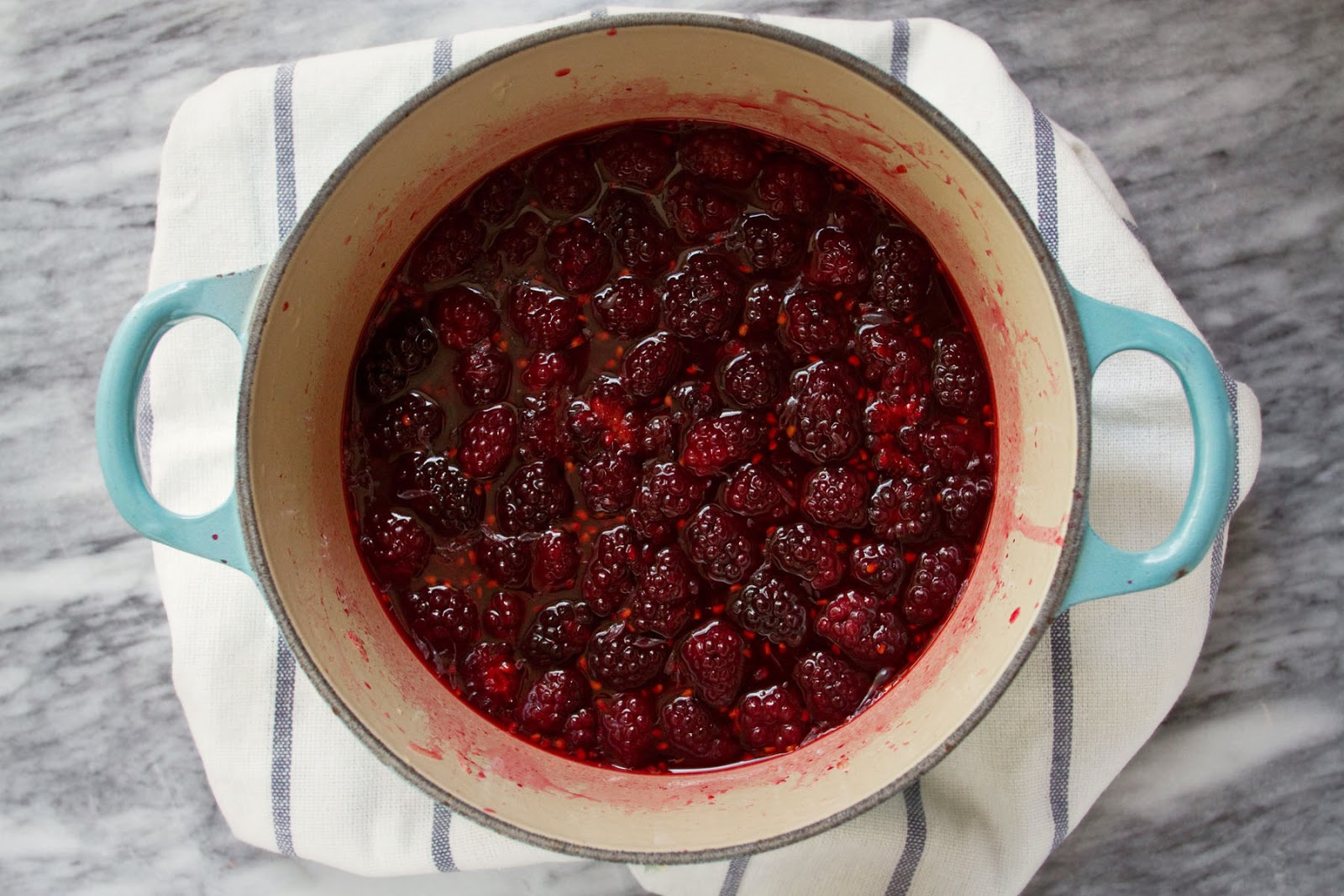 Obviously, I couldn't do it. Not only was the price a major blow, but there was no way I could bring those home and photograph them without the lovely pomegranate they're supposed to be inside of. Besides, convenience food like that, foods that could easily be made anyway but cost over three times as much because the grocery store de-ariled your pomegranate drive me crazy. I just can't buy them. "Lets go look at the berries instead." I said to S. In the end an entire pint of blackberries was $2 dollars cheaper than a 1/2 pint of pomegranate arils. Which meant they were still crazy expensive, but at least less so. And they were American grown. I started brainstorming about what to replace the coconut milk with, now that I was using blackberries. 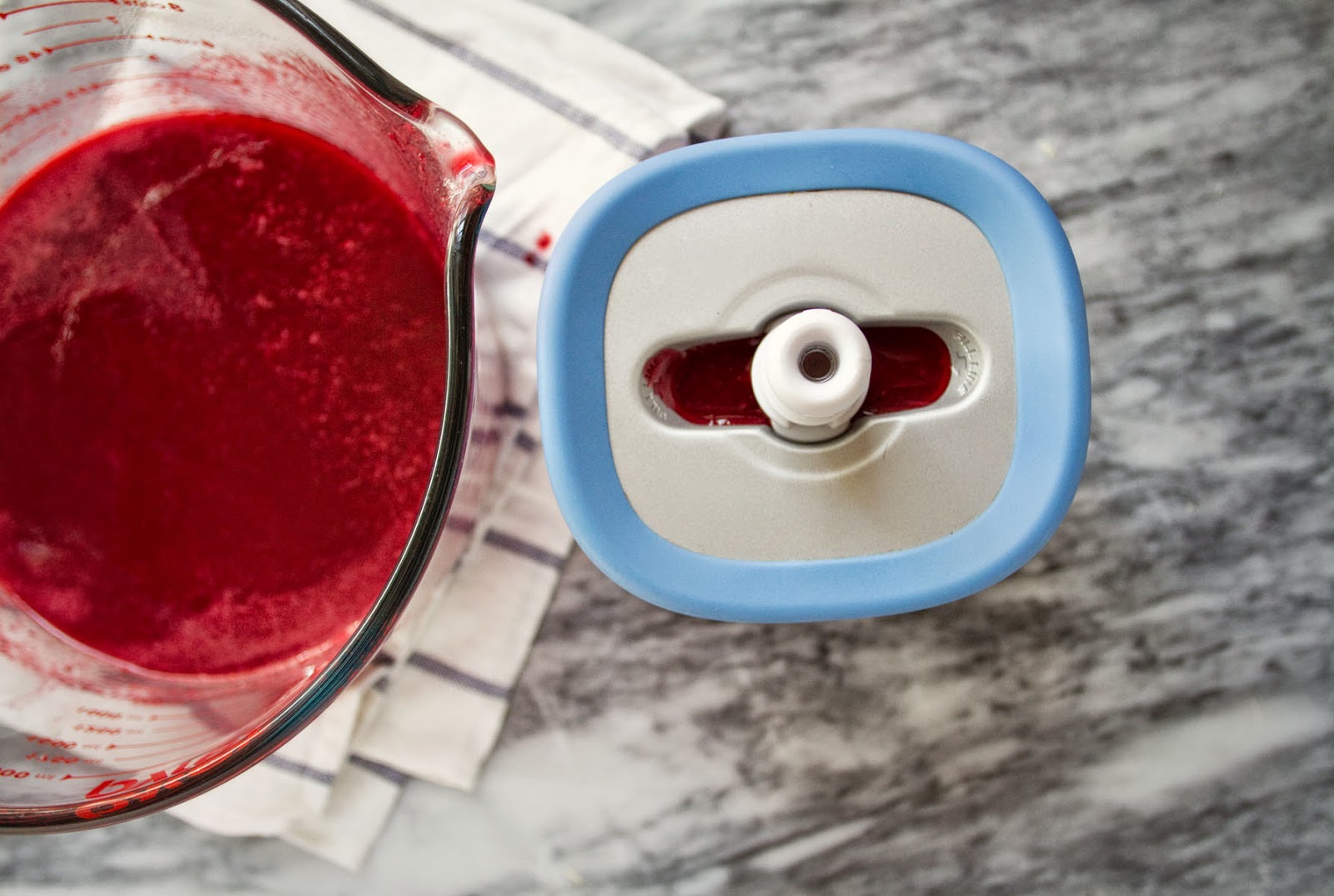 I thought about pear juice, but I don't like to use too many fresh juices in my recipes as not everyone has a juicer, and I know how frustrating it is to not have a key piece of equipment for a recipe, every time a recipe calls for a high powered blender or Vitamix I think of my aging Oster blender bought in college, and the hot plastic smell its motor gives off just trying to turn frozen raspberries and coconut milk into a milk shake, and move on to another recipe. 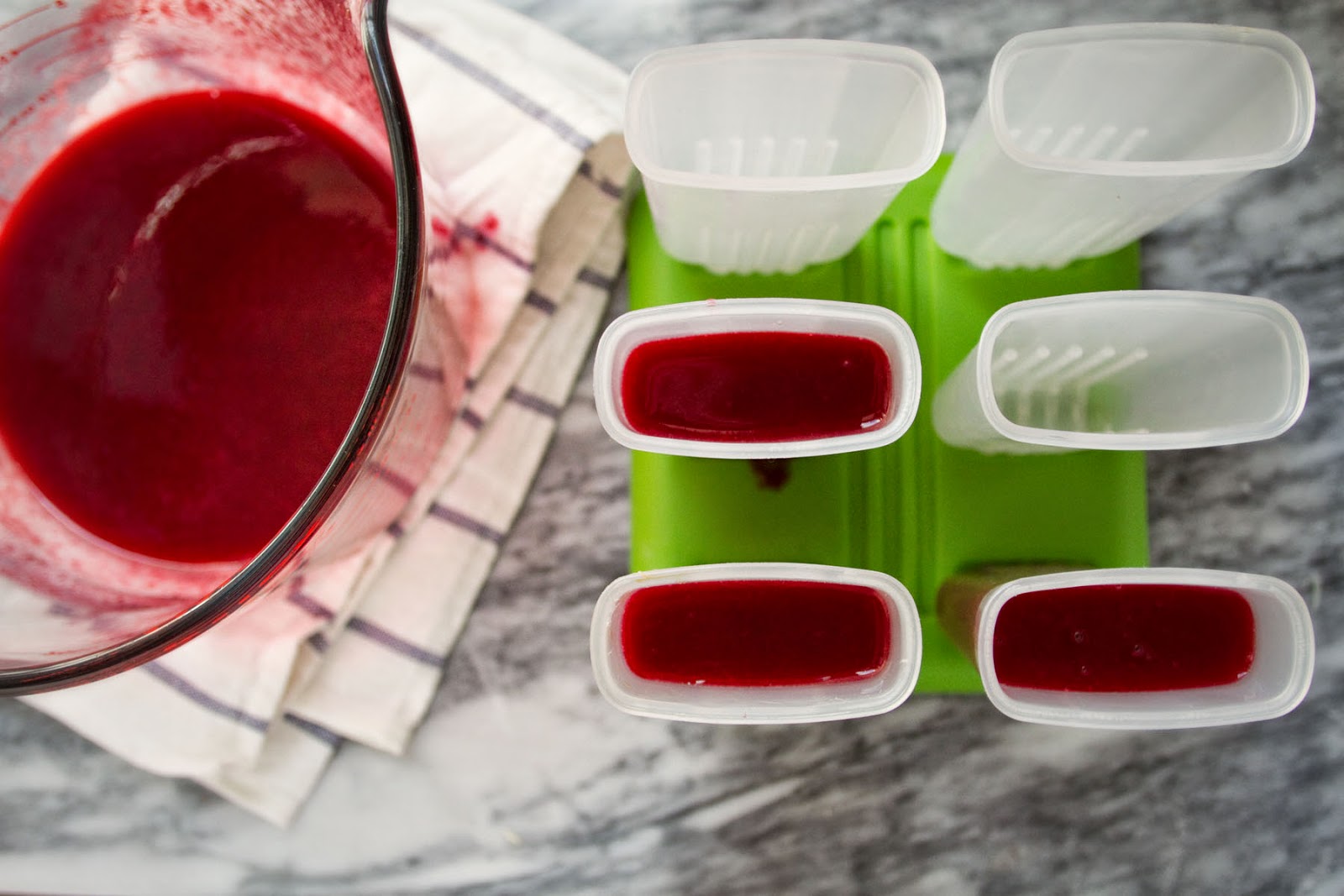 And then I remembered my favorite Blue Moon sorbet, Blackberry Lime, and the way it tastes faintly of tea, despite not having any actual tea in it. I love the deep, dark tea undertones in the sorbet, so I figured I would probably love them in popsicles. And using actual tea would definitely make the flavor pop. Plus I always have black tea in the kitchen because S and I use it to brew Kombucha.
The tea proved to be an excellent idea, and these pops are amazingly addicting. Sweet, a little tart, and lightly spiced with black tea, which means they also have a little pop of caffeine, in case you're into a bit of an energy boost with your dessert. Enjoy! 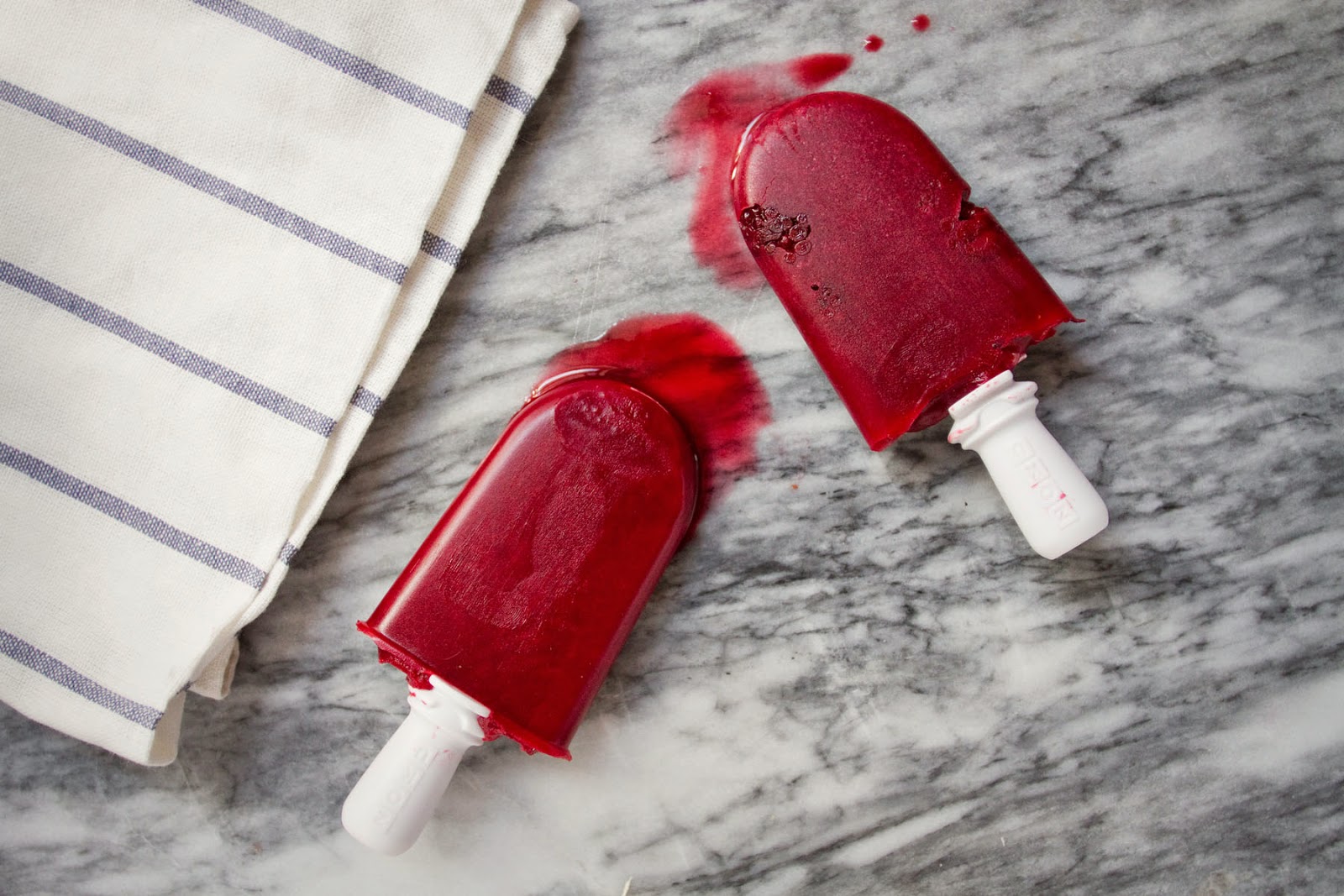 In a small saucepan, bring water to a boil and add the teabags. Allow to steep for about 5 minutes. Remove tea bags, return tea to low heat and add the sugar. Cook over low heat until the sugar is dissolved.

Juice the limes, remove any seeds. Add the lime juice and the blackberries (feel free to set some aside to add to the pops whole) to another sauce pan, along with the honey. Cook over low heat, stirring and occasionally mashing the berries for about 4-6 minutes, until the juices are dark purple and the berries are beginning to break down.

Pour the blackberry mixture and the black tea mixture into a blender and blend until smooth.

You can make these pops in traditional popsicle molds, or in a Zoku pop maker, like I did in these photos. I made some the old fashioned way as well, and after about 8 hours they were frozen solid and ready to eat. I ran my popsicle mold under water for about 45 seconds to make removing them easier. 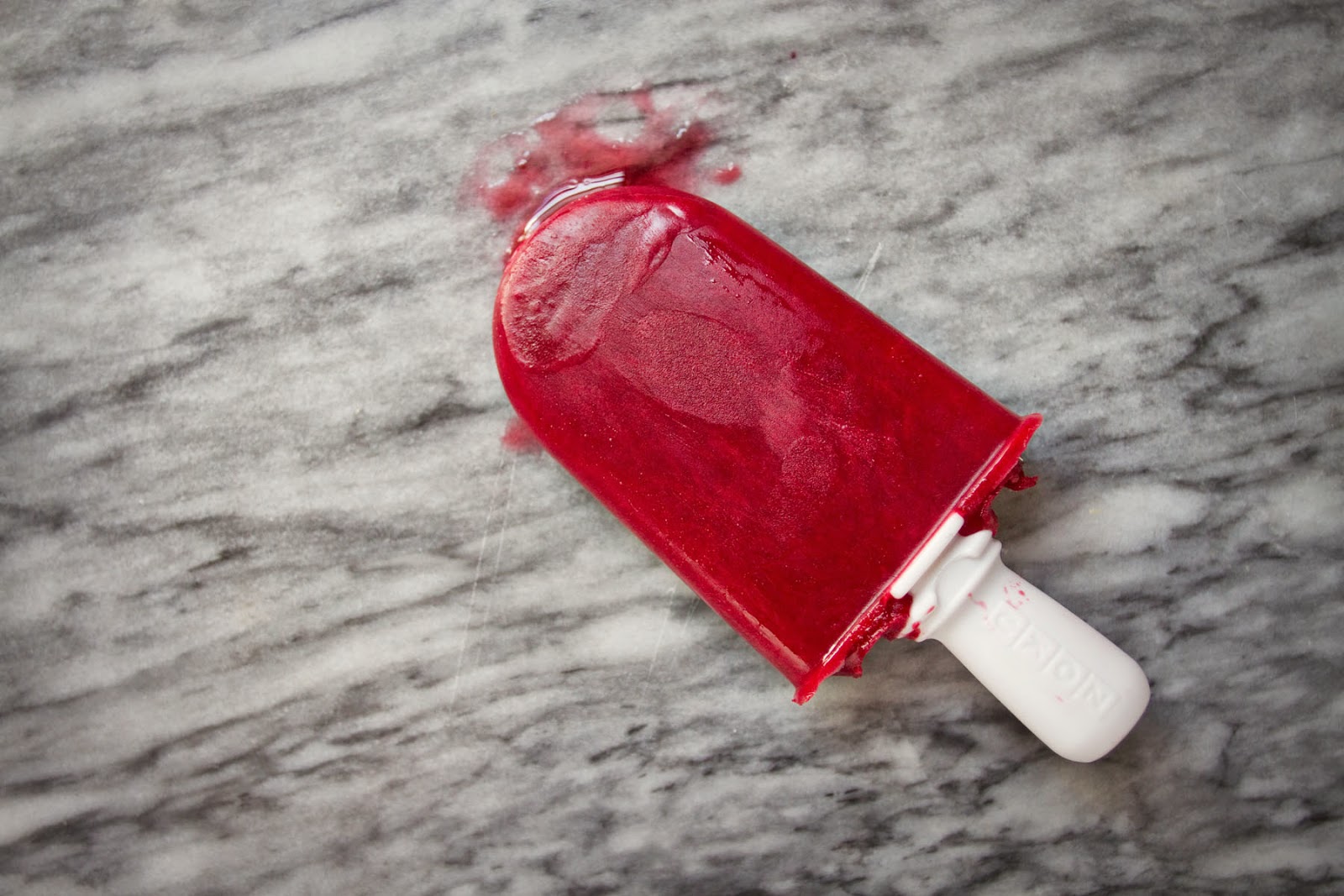 *This is an estimate, I actually made 4 traditional pops and 3 Zoku pops.