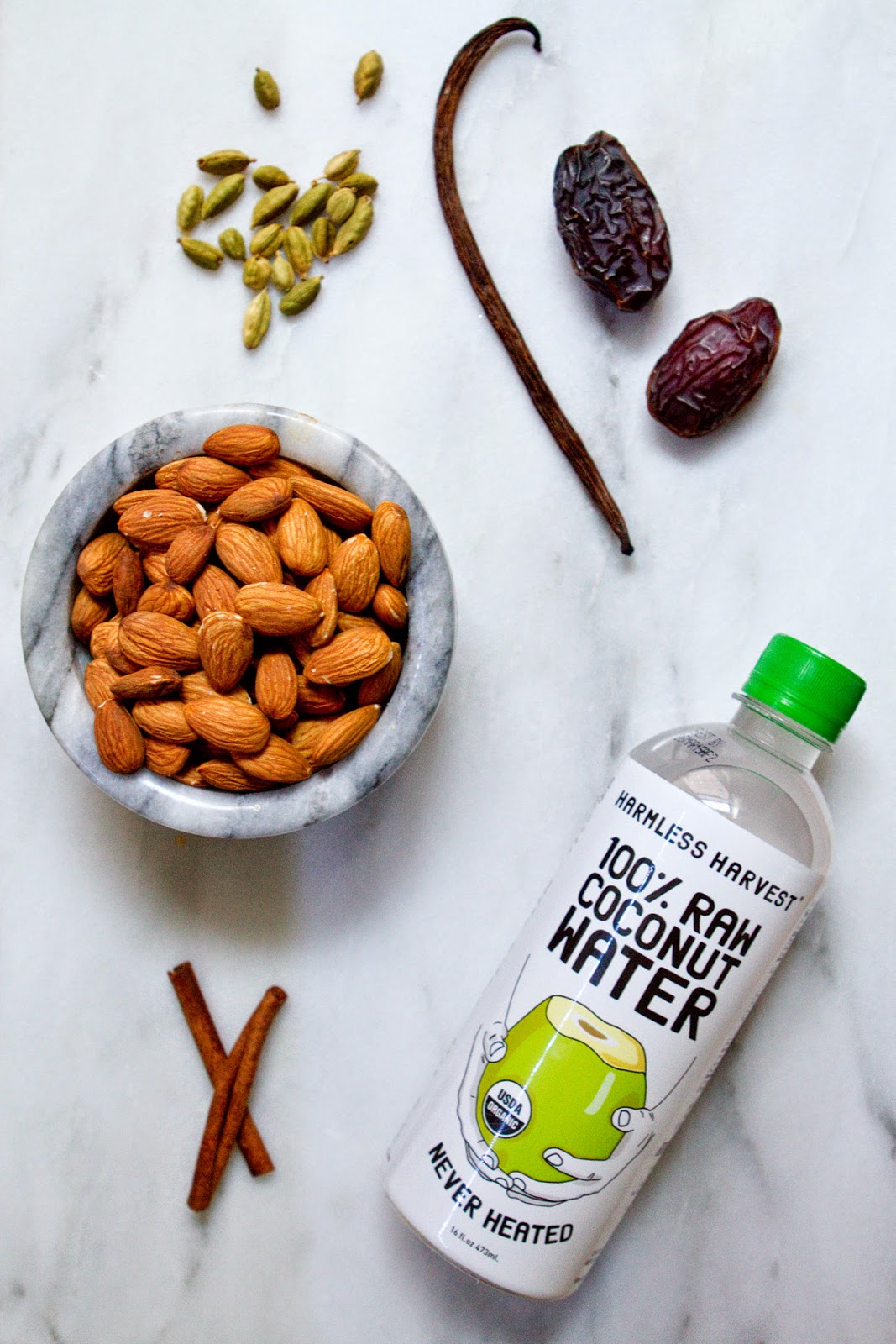 I have always loved juice. Every morning from kindergarten through twelfth grade my mother would pour me a large glass of orange juice to start the day. On photo shoots, while everyone else stirs cream into their coffee I'm the only one tapping into that jug of fresh OJ caterers always provide with the breakfast spread. 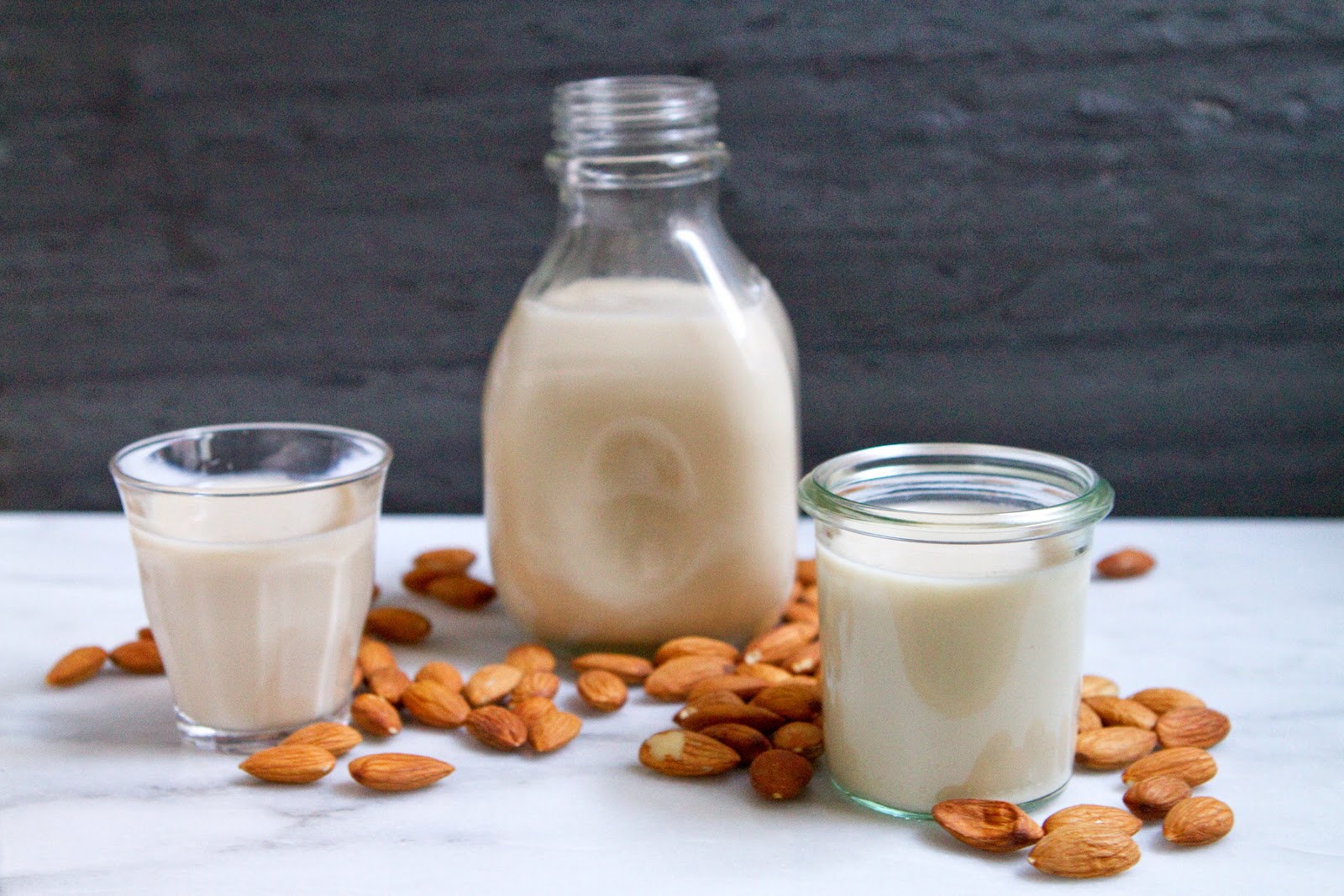 I used to bug my mom to buy my a juicer when I was a kid, so I suppose it's pretty predictable that when the fresh pressed juice craze hit New York I couldn't resist the allure of those overpriced little shops with their 8 dollar bottles of exotic delights. Pineapple, wheatgrass, kale, and mint- how do such disparate flavors come together so well?!  It was at a juice shop (Juice Press) that I first discovered almond milk drinks. Mint-Matcha almond milk, creamy berry, vanilla latte, sweet pea- I discovered a whole world of almond milk drinks. A whole new realm of juice-like drinks! One day I spotted an almond drink on the shelf that was clearly designed just for me: Cardamom Milk. 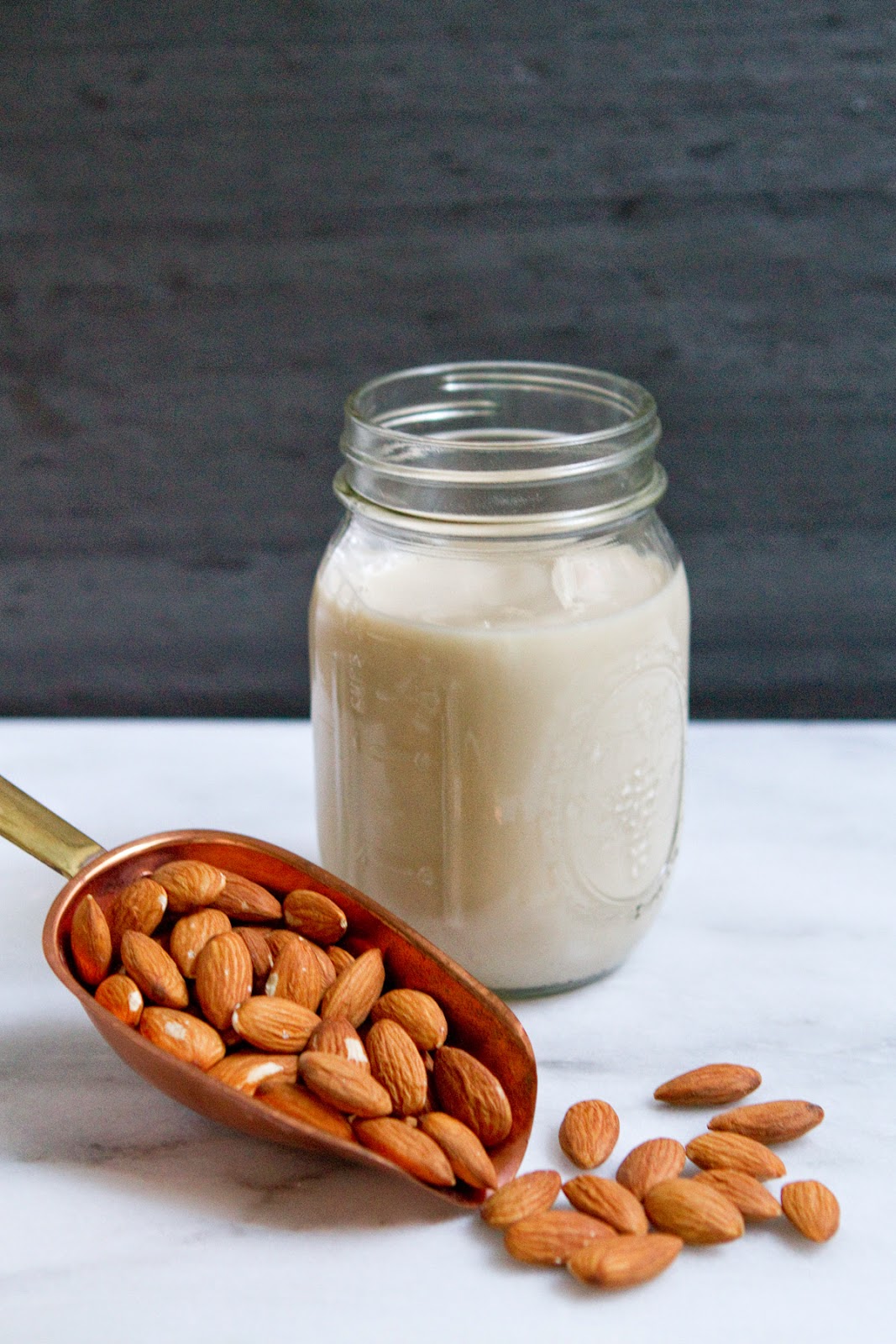 It was an almond milk made with coconut water and flavored with vanilla, sea salt, and of course cardamom. I love cardamom. I love just about anything with cardamom in it. I had to try it. I cracked it open there in the store and before the bottle reached my lips I could smell the cardamom and vanilla mingling and I knew I had found a little bottle of creamy heaven. 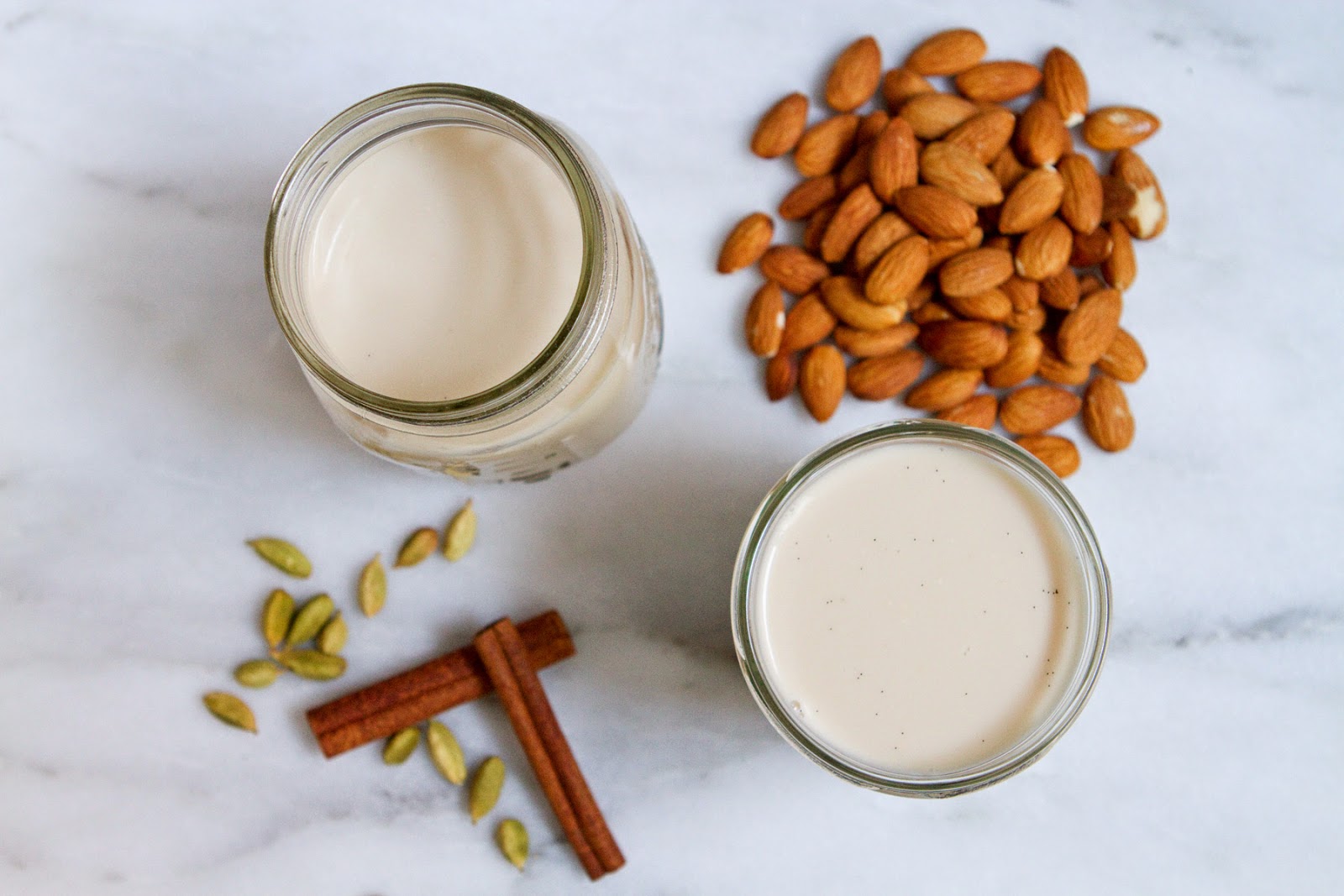 So understandably when Juice Press discontinued Cardamom Milk about six months ago I was bummed out. No other juice place made anything similar and I felt betrayed by my beloved Juice Press. I switched to the vanilla-y Black Label drink but it wasn't the same. Then a few weeks ago I was reading about how easy homemade almond milk is when it occurred to me that I was being ridiculous mourning the cardamom milk. Obviously I could make it at home. I could probably make it even better! All I needed were some ingredients and a nut milk bag. I live in downtown Manhattan, I thought, how hard could a nutmilk bag be to find in SoHo? 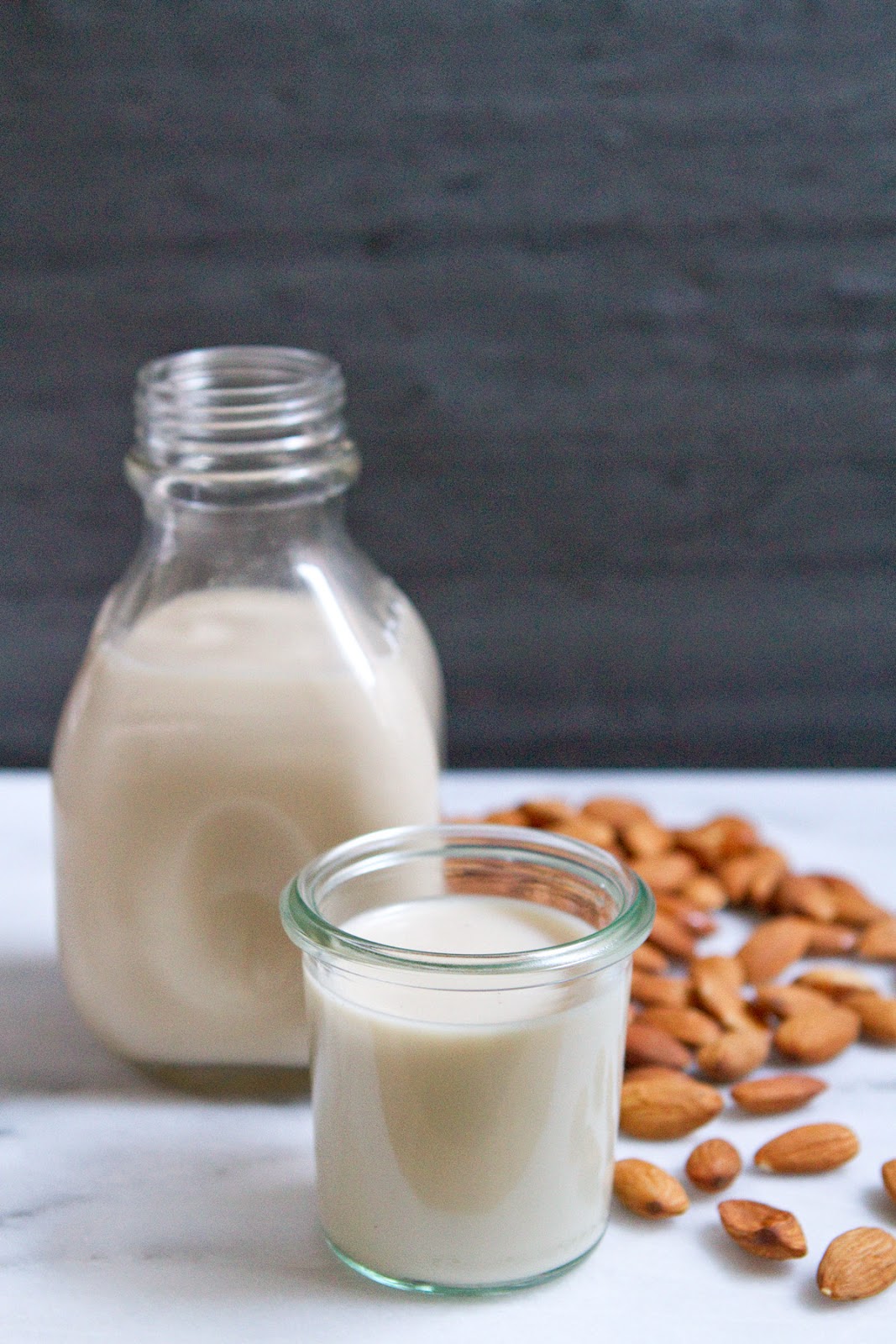 Impossibly hard, it turns out. After failing to find one at Sur La Table, Crate & Barrel, Bed Bath & Beyond, and all the chinese kitchen stores on the Bowery, I resigned myself to the idea of using a clean kitchen towel instead, and you know what, it worked perfectly. Turns out there's no need to waste money on a nutmilk bag. My ikea kitchen towel produced an even 3.5 cups of delicious and perfect almond milk. This cardamom almond milk is truly heavenly. It tastes like a melted spiced vanilla almond milkshake, or sweet spiced chai without any tea. Chilled, creamy, a tiny bit sweet, and delightfully spiced- I like to drink it plain on it's own as an afternoon pick-me-up, but it would certainly be delicious pour over cereal, mixed into coffee, or whipped up into a smoothie. Enjoy! 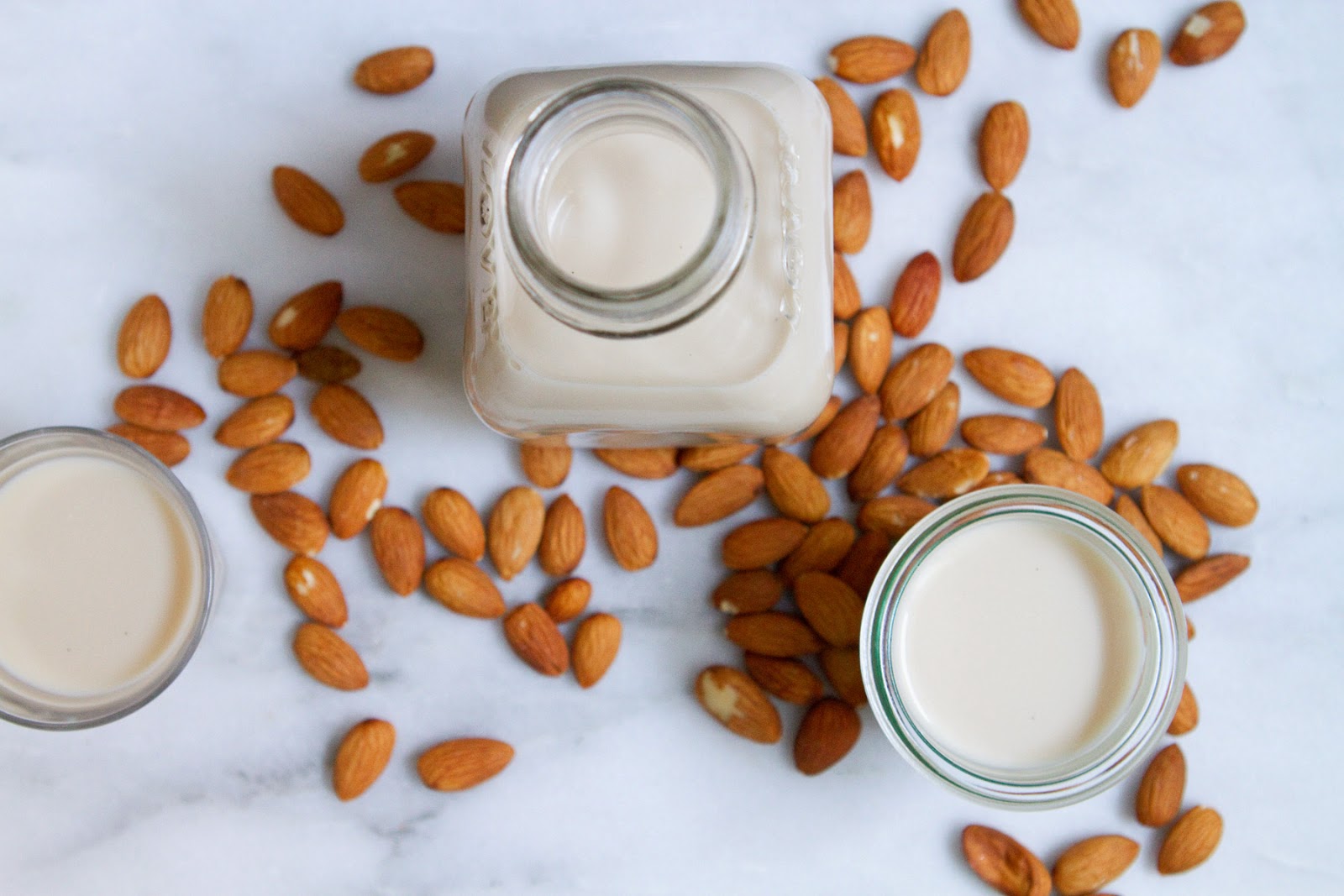 Place the almonds in tupperware that can hold at least 4.5 Cups. Add the coconut water, cover, and allow to soak for 8-10 hours. I soaked mine overnight.

If your dates or vanilla bean are hard and dry, pit the dates and cut the vanilla bean into 1 inch pieces, then allow them to soak along with the almonds for the last 2 hours.

Add all ingredients to a blender (make sure you pit the dates!), and blend on high for about 2 minutes. Put an open nutmilk bag in a large bowl, or place a strainer over the bowl, and line that with a clean kitchen towel or washcloth. Pour blended mixture into towel-lined strainer or the almond milk bag. If using kitchen towel wrap towel around the almond mixture. Squeeze the bag or towel, squeezing all the almond milk out of the mixture. This may take several minutes, and I find it easier to do in stages, about 1/3 of the mixture at a time. Squeeze until the almond pulp left behind is dry.

Once all the almond meal in the bag/towel is dry you should have about 3.5 Cups of almond milk. Store in fridge until you're ready to use it, and use within 3-5 days. Almond milk will separate in your fridge so always shake up the jar before using. Enjoy!

Posted by Little Market Kitchen at 8:59 AM